Today, Comcast announced it has now exceeded connecting over six-million low-income Americans to the Internet through their Internet Essentials program. This program is the largest and most comprehensive broadband adoption program for low-income families in the US. For the past seven years. it has connected over 1.5 million households to high-speed internet service at home. Now they are adding low-income veterans to their program. There are over one million low-income veteran's who live within the Comcast footprint and less than 70 percent have Internet access and 60 percent own a computer (according to a US Census Bureau survey).

This program has had an enormous impact on millions of families and children who now have high-speed Internet at home, many for the first time in their lives," said David L. Cohen, Senior Executive Vice President and Chief Diversity Officer. "We're excited to extend that same opportunity to more than one million, low-income veterans. Veterans have stood up for our country; now it's time for us to stand up for them by providing access to life-changing digital tools and resources.

Since 2011, Comcast has invested more than half a billion dollars to support digital literacy training and awareness, reaching more than 8.5 million low-income Americans. In addition, the company has sold more than 85,000 heavily subsidized computers.

Comcast attributes some of the recent growth of Internet Essentials to its easy-to-use mobile application, which now accounts for more than a third of all enrollments. In addition, the company today released a new seven-year progress report. It contains detailed information about customer demographics and insights, as well as a history of the program's evolution and key milestones. The company has also redesigned its Internet Essentials Learning Center with new content from Common Sense Media and ConnectSafely.org. The site now includes a variety of free videos, tools, and resources that can help individuals learn vital Internet safety and digital skills.

U.S. Olympic Gold Medalists Jocelyne Lamoureux-Davidson and Monique Lamoureux-Morando, who were recently named as ambassadors and spokespeople for the company's corporate values initiatives, will join Cohen on a multi-city tour to visit local communities and raise awareness about the Internet Essentials program. Both were instrumental in Team USA's defeat of Canada for the gold in the Olympic Winter Games in PyeongChang, and are passionate advocates for gender equity.

"We're thrilled to be partnering with Comcast to help close the digital divide for families, students, seniors, and veterans," said Monique Lamoureux-Morando. "People without an Internet connection at home are missing out. Students need the Internet to do their homework. Parents and veterans need the Internet to more easily search and apply for jobs and access healthcare information."

"We know how important a home Internet connection is," added Jocelyne Lamoureux-Davidson. "In our lives, we've also learned first-hand how important it is to stand up for what you believe in. We want to encourage others to use the Internet to stand up for what they believe in and to make the world a better, fairer place, not just for themselves, but for the next generation, too. You can't change the world if you're not online."

The move to extend Internet Essentials eligibility to low-income veterans is the second largest expansion in the program's history. For details on how to apply, please visit: www.internetessentials.com/apply.

According to the U.S. Census American Community Survey, 81 percent of all U.S. households subscribe to broadband at home, but only 63 percent of households with an annual income of less than $35,000 do. To attack that problem, Internet Essentials has an integrated, wrap-around design meant to address each of the three major barriers to broadband adoption that research has identified. These include: a lack of digital literacy skills, the lack of a computer, and the absence of a low-cost Internet service. The program is also structured as a partnership between Comcast and tens of thousands of school districts, libraries, elected officials, and nonprofit community part

Congrats to Comcast in reaching this unique milestone with their Internet Essentials program. Narrowing the digital divide is a important today and its great to see Comcast take on this challenge by bringing high speed internet access to low-income households as well as our veterans and seniors. It's also nice to see JoMonique Lamoreux-Morando join the cause to help raise awareness of the Internet Essentials program. We wish them all the best with the program which will help low-income students do their homework and offer their parents and veterans a way to look for jobs and access healthcare information. 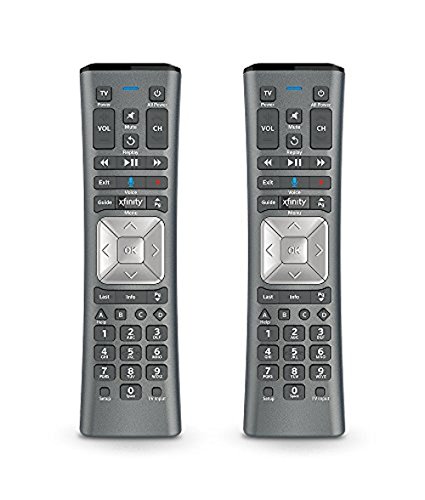