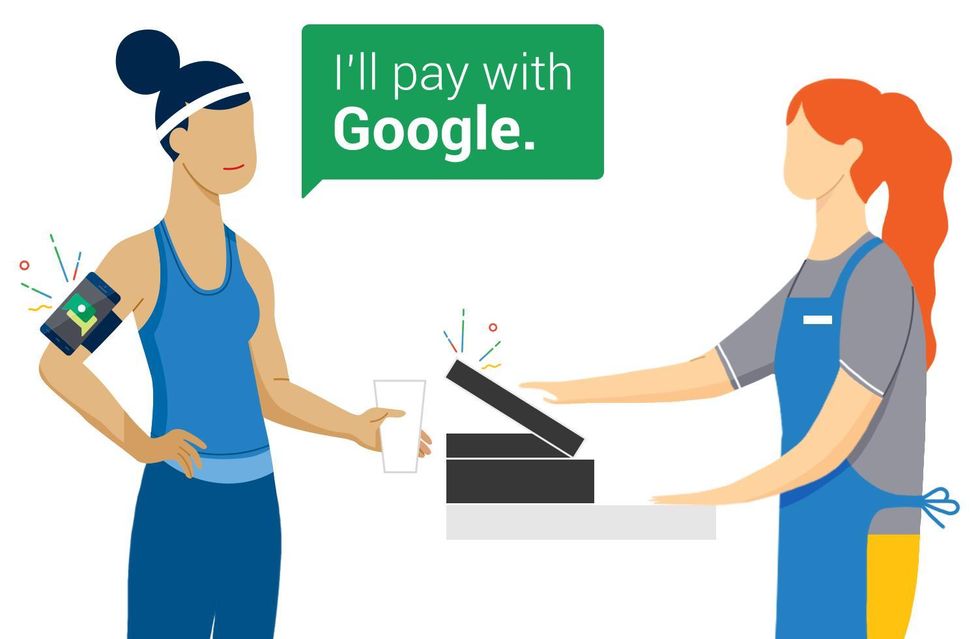 Google is piloting a new payment system that identifies users from their photo and initials—without pulling a card or smartphone from their pocket. Called Hands Free, the trial is starting in select areas of the San Francisco Bay Area and with only a few locations including specific McDonalds and Papa Johns stores. Plus: Consumers must have their phone on them.

Although wearables sales continue to grow, two groups are less enthused: Millennials and seniors. So says a new survey from WebMD which found Millennials turning away from these devices because of the cost, and seniors because their doctor hasn't recommended one for their use.

The best inventions come from a need. After a 13-year-old's mother was burned in a firework's factory fire, he worked to come up with an idea: a hear sensor for firecrackers that triggers a fire extinguisher. The 13-year-old, Jayakumar, was honored by Bangalore-based Beyond Carlton for his design.

The Wall Street Journal reports that Intel may be in early stages of an augmented-reality headset. The device would tap into its RealSense program, a technology that ties three cameras to produce a 3-D experience.

Finally, Goodyear is pushing out a transformative concept in car wheels—spheres. The reason? Autonomous, self-driving cars will require more information to run. Goodyear proposes wheels that are made of new materials offering better control, plus sensors that can communicate with the car's AI.