One of the most important devices in a smart home is your router. It's the gateway to the Internet which helps you control all your devices. It's also the device that provides great Wi-fi signal which is needed to run your smart devices at their optimal level. Today, Comcast introduces xFi Advanced Gateway, the fastest, smartest and most powerful Wi-Fi device on the market. This device is available across the country in every market where Comcast offers Xfinity Gigabit Internet.

To deliver that performance, the xFi Advanced Gateway is packed with the most advanced Wi-Fi technology ever put into a device by the company, including a 160 MHz-capable 8x8 antenna array, Mu-MiMo (Multi-user, Multi-input, Multi-output) technology, and a combination of specialized Internet of Things radios

xFi Advanced Gateway comes packaged with xFi – Comcast's personalized Wi-Fi experience that provides a simple digital dashboard for customers to set up their home Wi-Fi network, find their password, see what devices are connected, troubleshoot issues, set parental controls and even pause Wi-Fi access on their home network during dinner or bedtime.

With xFi, setting up an xFi Advanced Gateway is as simple as plugging it in, scanning a QR code with our xFi app, and clicking through a few simple prompts. Once online, in addition to ultra-fast Wi-Fi speeds, customers will have access to unprecedented control over their home Wi-Fi network, with the ability to set profiles for every member of the household, assign devices and decide what devices connect and when.

Since launching xFi in May, Comcast has made it available to more than 10 million homes. The service is available at no additional cost to all Xfinity Internet customers with an xFi Advanced Gateway or compatible xFi Wireless Gateway.

Built to be Seen

Gateways deliver the best Wi-Fi performance when they're in a central location in the home, elevated off the floor, and out in the open, but gateways haven't always looked like the kind of thing you want sitting on a table in your living room.

Design was a key focus for Comcast in making the xFi Advanced Gateway. They wanted to make a device that consumers would be proud to display in their own living rooms.

here are a lot of things that make the xFi Advanced Gateway a better device to see and feel, but one that might not be obvious is the gateway's single soft blue light. If we're going to ask you to put the xFi Advanced Gateway in a central location, we couldn't have it flashing all day and night, so we replaced the traditional array of bright flashing lights with a single, soft and steady light that you'll quickly forget is even there.

The design elements that define the look and feel of the xFi Advanced Gateway are drawn from Comcast's Xfinity Design Language, that is used to create a consistent look and feel across their latest generation of devices and products. The soft touch materials and neutral colors are designed to easily blend in to most homes. 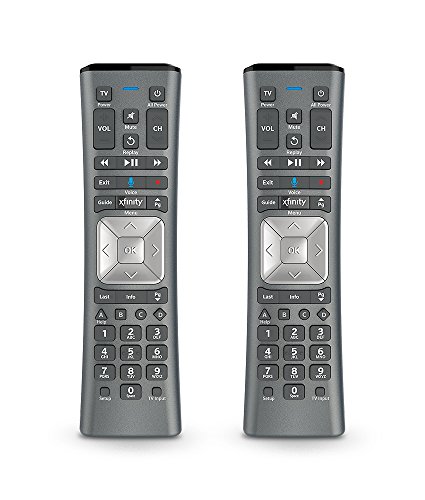 As of today, the xFi Advanced Gateway is available for Comcast's fastest speed tiers, from 300 Mbps and up depending on market. This includes 1 Gig, which is now available in 26 of Comcast markets, with more coming all the time.

And while the xFi Advanced Gateway is powerful enough to blanket the clear majority of homes in ultra-fast Wi-Fi, the company isn't stopping there. Later this month, they'll begin offering a Wi-Fi mesh option with forthcoming pods, for homes where a gateway alone is not enough.

The Technology of the xFi Advanced Gateway

What technologies make the xFi Advanced Gateway the most advanced device ever built by Comcast? Here are a few:

The most important component in a smart home is your wireless signal. You need a high-speed connection to run a wide range of connected devices at the optimal level to assure you get the benefits these new devices offer, and you expect. Comcast's new xFi Advanced Gateway is one of these devices that is a must have for a smart homeowner. It offers you the fastest and most powerful connection to run not only the connected devices of today, but for the future as well.

Also, don't forget to check out WHAT WORKS WITH XFINITY on The GearBrain, our new compatibility checker for smart home devices and systems.