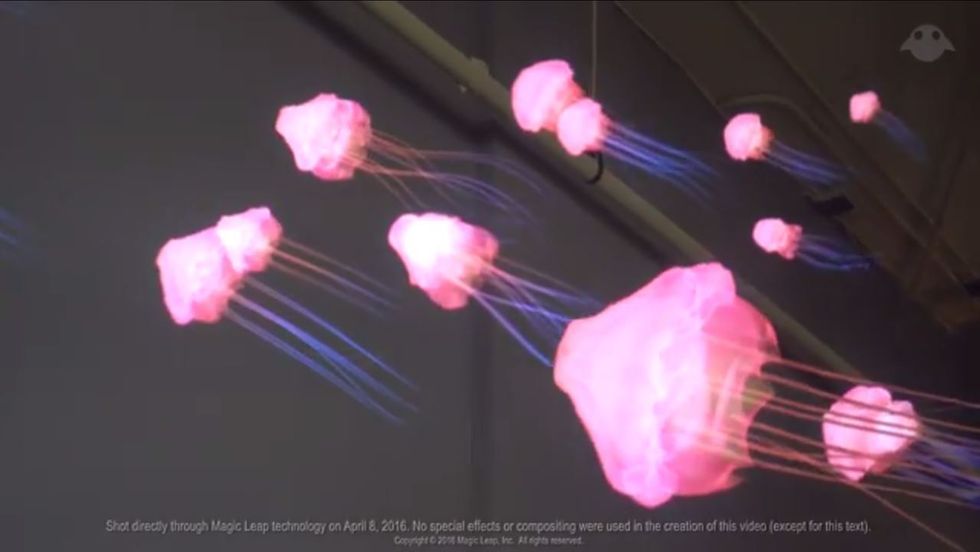 What You Need to Know About Magic Leap's Latest

Gear Up On Five IoT News Bites To Start Your Thursday

Magic Leap Teases With Video Magic Leap's latest YouTube video showcases its latest work: where jellyfish float overhead and you can bring up a 3D map of Mount Everest right next to you. Arguably one of the most secretive new startups on the planet, Magic Leap has nabbed more than $1.4 billion (yes, with a 'B') in investments for augmented reality technology few have seen. The video is exciting—but still no word from the company over how the technology will be delivered, when—and at what price.

BB-8 Upgrade Sphero's Star Wars-themed toy, BB-8m just got an upgrade. Plucky and chirpy with robotic zeal, the droid now reacts to what plays on your television, provided its The Force Awakens. In particular?BB-8 loves watching himself (that's fair) and also Rey, Finn—and BB-8's favorite person Po—kick it to the First Order.

SkySafe Knocks Out Drones A new startup that says it can bring drones down, without an owner's permission, has gotten $3 million from Marc Andreessen's venture firm. How does the tech work? Apparently by radio waves, according to a story from TechCrunch, which interviewed the six founders.

Facebook, Your Phone? Facebook launched a new rival to telephone operators: A way to make calls from inside its Messenger app. How do you get it? You probably have the ability right now, if Messenger is installed separately on your smartphone. Open the app, and you'll see a little button below that lets you initiate calls to those in your chat group. David Marcus, Facebook's vice president of messaging products, announced the new feature on Facebook.

Kiss Wires Goodbye Apple has a new patent for a wireless headphone—one that can link through its Lightning port, or can be used without any physical connection at all. Rumors say Apple plans to kick the earphone jack out of its next iPhone 7, expected this fall. Early adopters are already playing with wireless charging options (some better than others.) Are you ready to completely cut the cord? Perhaps sooner than you think.