New Samsung Gear Samsung's long awaited update to its Samsung Gear VR headset got revealed at Barcelona's Mobile World Congress. The biggest shift is a new touchpad controller. The headset itself isn't changing that much, although there is some mention of updated technology to help those who suffer from motion sickness issues. As for the controller, the is designed to fit neatly into the headset—a nice touch for those who want to bring Gear VR with them. Samsung didn't announce a price for the updated device (and controller).

Withings Bye Kiss Withings' name good-bye. Nokia will officially take the name off the table by the summer, putting its own on the wearable line and smart home cameras says engadget. The company bought the French Withings in April for $191 million.

DJI Workhorse Drone giant DJI released a hefty drone clearly not meant for the consumer market. Its new Matrice 200 line has features meant more for commercial use including the ability to push video to another offsite location (helpful when used for emergency responders), and some self-flying maneuvering allowing the drones to move out of the way of other objects and tell when other aircraft is nearby.

Drone Crash New Yorker's might get an occasional pigeon flying through their window. But a drone? Not the norm. But one Manhattanite had a GoPro fly through her 27th floor apartment while she was typing away at her computer. No one had come to claim the device by late Sunday evening. But the New York Post says if the drone was registered with the Federal Aviation Administration, they'll find the owner.

Smart Peephole Anyone can look through a door viewfinder and see someone on the other side. Now you can peer through your door using Yale Real Living's Look Door Viewer, while never leaving the couch, and even send those unwanted visitors away. Yes, we've got a review. 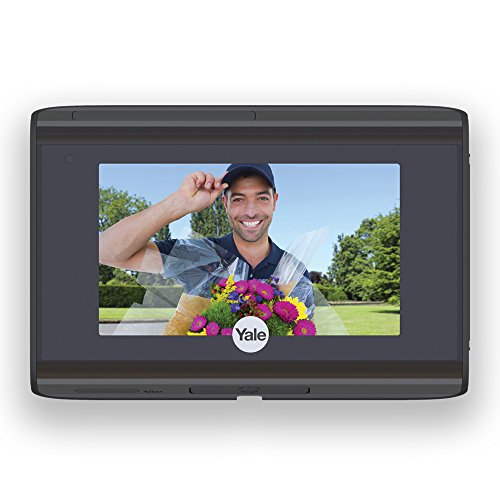