It is increasingly likely that a new Nokia smartphone will be announced in Barcelona on February 24, and it is expected to feature a camera system with one lens on the front and a record five on the back.

Thought to be called Nokia 9 PureView, the handset has appeared in a pair of promotional images spotted over the weekend by Android Pure. 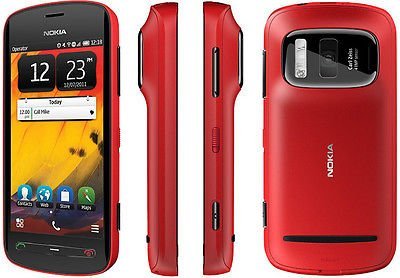 Turning up the brightness of these, as we have done below, reveals some potential clues about Nokia's next smartphone. One appears to show a phone with an edge-to-edge display and a hole-punch selfie camera in the top-left corner.

The hole-punch camera is a feature we expect to see a lot of in 2019, having already appeared on the Honor View 20, and expected on the Samsung Galaxy S10.

The second image reveals a multi-lens rear camera system. Here we can see four lenses and the flash, but we believe the actual phone will have five lenses, and that one is merely obscured by the date on this image. A photo published in late-2018 claims to show more clearly what the system will look like.

Upping the brightness reveals the front and rear camerasAndroid Pure

Other features expected for the Nokia 9 PureView include a 6-inch display, the Android One operating system, and an in-display fingerprint reader — tipped to be a popular addition on 2019's smartphones. The use of the PureView name is interesting, as Nokia has only used it a couple of times before, and specifically on handsets with breakthrough cameras, like the 41-megapixel 808 PureView from 2012.

HMD's event is expected to be joined by several others on February 24, as the smartphone industry descends on Barcelona for Mobile World Congress, which kicks off the following day. Sony, LG, Huawei, Xiaomi and Oppo are all attending the event with new devices to show off.

Samsung will also be there, but has chosen to hold a launch event for the Galaxy S10 several days earlier. The phone will be announced at simultaneous events in San Francisco and London on February 20.

GearBrain will be at the Samsung event in London, and is also attending Mobile World Congress, so stay tuned for all of the latest smartphone news and our hands-on reviews.