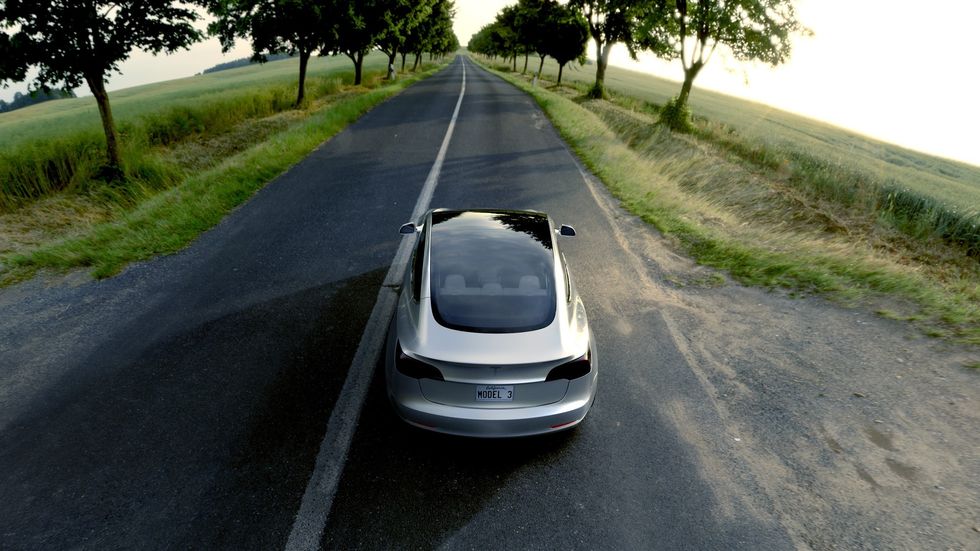 Tesla Hires AR Guru The lack of a traditional dashboard on Tesla's Model 3 has left many puzzling over how drivers will glean details of their drive without eyes on the road. The answer? Probably augmented reality. Tesla apparently just hired Milan Kovac, he of the Skully fame: the motorcycle helmet that uses a heads up display (HUD). Kovac's LinkedIn profile now lists him as a Staff Software Engineer, Autopilot as of this month. (Who doesn't want that job.) Likely Kovac is going to bring his augmented reality experience to Tesla's newest launch. BGR first reported the news.

Huawei's VR Play Huawei is launching a VR headset of its own (called, you guessed it, Huawei VR) that will tether to your Huawei smartphone to bring users a virtual reality view—akin to Samsung's Gear VR. The Chinese electronics firm just announced the launch this morning from China via TechCrunch which is covering the event, and reports that Huawei plans a launch for this year.

Secret Keeper It's no secret that Microsoft and the U.S. government have had a tumultuous relationship. (Can someone say, 'Anti-trust?') But now the tech giant is suing to protect your secrets. In a suit filed Thursday, Microsoft is alleging that the federal government is demanding access to customers emails, photos—anything it wants stored on Microsoft's servers or cloud—and forcing the tech company to keep mum. And it's legal.

Health Wearables Balloon Consumers can't get enough information about their health data: from their heartbeat to how many steps they take a day. But wearables already do far more than that, allowing companies to deliver pain relief, take glucose readings—even zap your heart back into rhythm. These are just a few reasons why the healthcare wearables market is expected to grow to $17.8 billion in annual revenue a year by 2021, according to research firm Tractica.

ESPN Inks Drone Deal Drone racing is coming to ESPN this summer, thanks to a new agreement between the network and the International Drone Racing Association. The first race? The U.S. National Drone Racing Championship August 5-7 on New York's Governors Island. Broadcasts of live drone races are expected to follow this fall.