In this video, GearBrain takes a detailed look at two new smartwatches from Mobvoi, called the TicWatch S2 and TicWatch E2.

Priced at $180 and $160 respectively, the two watches represent good value for money, especially considering they include a good range of health and fitness features. These include integrated GPS and heart rate monitors, Google Fit, water resistance to 50 meters, and good battery life. What's new for these watches is swim tracking, which counts your length at the pool.

We wonder if Mobvoi could have been daring with the design of the TicWatch S2 and E2, as both wearables are quite plain-looking with their matt black plastic cases and matching rubber straps. That said, a white version of the S2 is coming soon, and both models accept industry-standard watch straps, so it's easy to give them a different look.

The only differences between the S2 and E2 is that the former has a sportier and slightly bulkier bezel, along with what Mobvoi calls military-grade robustness, helping it to shrug off knocks and drops which might damage other smartwatches.

Costing less than half the price of an entry-level Apple Watch Series 4, the TicWatch duo represent good value for money, even if their performance can sometimes be lacking, with the user interface occasionally freezing and some apps being slow to load.

That said, we are mostly willing to overlook the occasional software shortfall because of how aggressively Mobvoi has priced these smartwatches.

For someone who is looking for a tough smartwatch which will record exercise first-and-foremost, but also offer most other smartwatch functions (apart from NFC payments), then the TicWatch range remains something of a bargain.

You can read the full GearBrain review of these smartwatches here 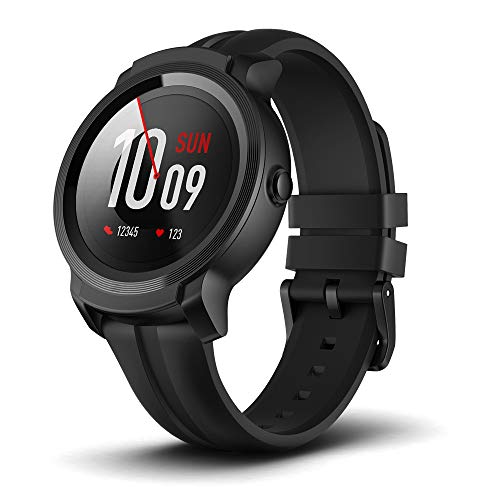