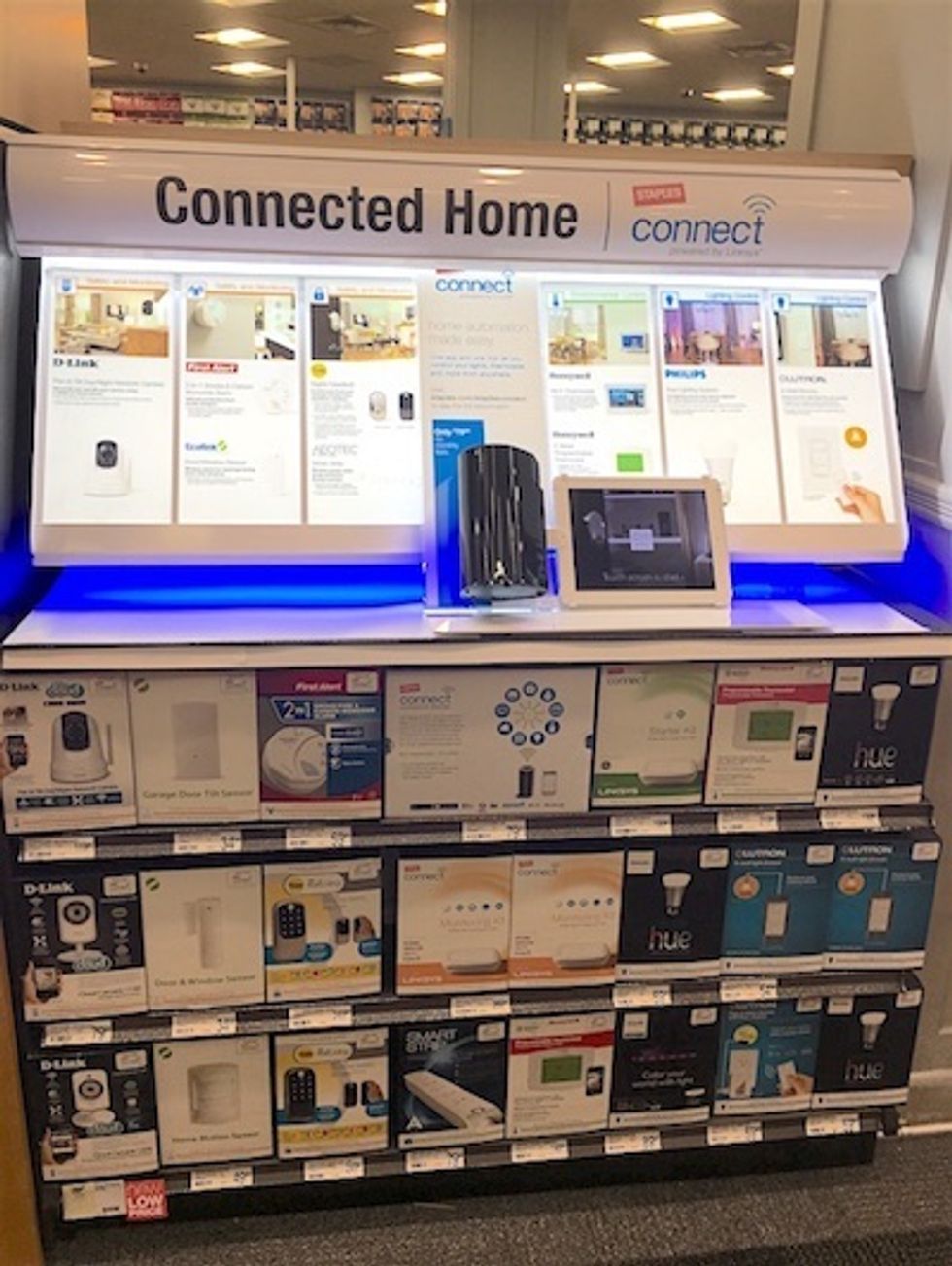 What You Need To Know About Staples Connect

Staples, a leading player in the Internet of Things, may offer a more expensive choice but often a simpler user experience. At GearBrain, we break down the details for you.

Special Note: Staples had pulled the plug on its priority smart home collection, Staples Connect. The smart home products will be transitioned to Z-Wave, another wireless platform that allows smart home devices to speak to each other. Click here to learn more.

Pros: Widest variety of starter kits, operates even if network goes down, simpler to program

Cons: Three of five starter kits lack bluetooth, not as wide a variety of products as other leading IOT brands

Unlike Lowe's, which developed Iris internally, and unlike Home Depot, which is merely a retail partner of the independently-developed Wink, Staples Connect's smart home system was designed for it by a company called Zonoff. Zonoff is a "white label" connected system platform developer and maker, and it sells its smart system wares to other businesses; Staples is its lone consumer customer.

This background is important only if you're interested in the stability and longevity of your smart home product purchases. For Zonoff, IoT platforms are its only business, not one of many DIY businesses as smart home is with Lowe's and Home Depot.

Like its big brand competitors, Staples Connect is generally compatible with ZigBee and Z-Wave products, as well as Lutron ClearConnect light switch and Serena automated window shade gear. (To learn more about wireless protocols for smart home systems, check out GearBrain's From B to Z: How Your Smart Home Speaks Wireless)

The pluses for choosing Staples? There are many. To begin, Staples sells the widest variety of starter kits – five. Some of these start kits include its initial Linksys hub and some with the newer, more advanced Bluetooth- and ZigBee-compatible D-Link hub, which bears a startling physical (but not operational) resemblance to the Amazon Echo.

Staples also claims its system offers the lowest latency of any smart home system; this means it takes the least amount of time between tapping a control and the action actually occurring. With some systems, for instance, tap the "lights on" button and you may have to wait two to five seconds before the light actually comes on. Not with Staples' system.

The Staples Connect app makes a clear delineation between "Activities," essentially "if this, then that" logic programs that help you automate particular, well, activities, in your smart home, and "Modes," that define when these activities should and should not take place. For instance, in Activities, you can set your window blinds to go down at night. But in Modes, you can tell the blinds to go down at night but only if you're home, not when you're away. This makes programming automatic functions far easier for the non-techie.

Like Lowe's Iris, your Staples system survives sans Internet. If the network goes down, your lights and other connected devices can still operate because the Staples hubs' Wi-Fi can speak to directly to its connected devices without first funneling the commands through the Internet, which is what causes latency.

Now for the issues. For some reason, the older, less compatible Linksys hub is more expensive ($99.99) than the more compatible and newer D-Link hub ($79.99). If you want your Staples smart home to be future-proof and compatible with the most number of products (within the Staples Connect universe, at least), spend less on the D-Link hub. Odd, we know.

On a similar note, many of the aforementioned products that Staples is now compatible with aren't included in Staples Connect's online store.

It is therefore somewhat surprising that three of Staples five starter kits include the older, not fully compatible Linksys hub, which lacks Bluetooth – and Bluetooth is definitely the future of smart home control.