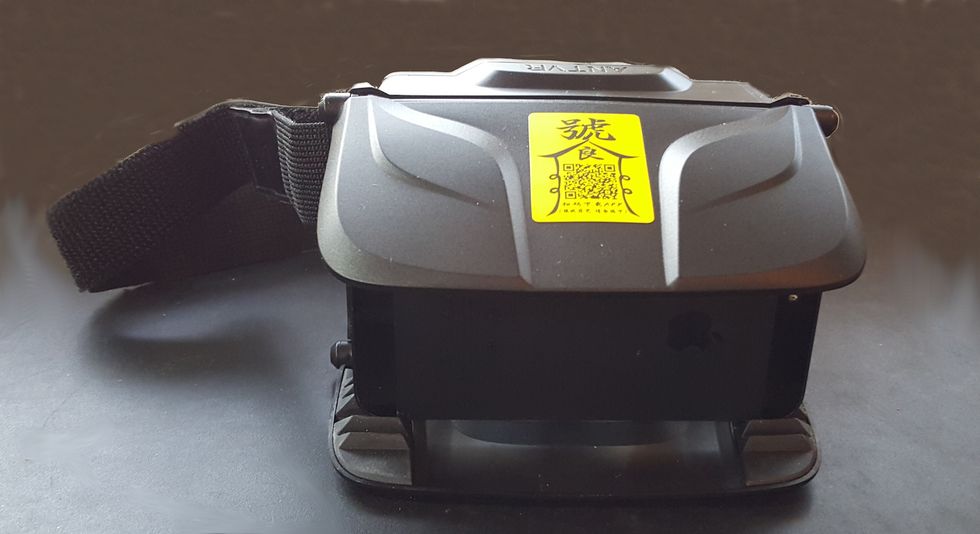 AntVR TAW is the best of the open-sided headsets

Some of you might remember AntVR because the Beijing-based company raised more than a quarter million dollars on Kickstarter last year for its high-end headset, now on the market for around $500.

AntVR TAW is not that headset — but its little sibling. Priced between $35 to $50 on AliExpress, the headset however benefits from the optics experience of the parent company, with its square-shaped aspherical lenses, but costs less than a tenth the price.

To start, the device feels solid, and the upper and lower panels hold the smartphone securely in place, offering privacy if you are using the headset in a public setting.

The open sides, however, mean that you still have some peripheral vision, plus access to the smartphone screen, so you can switch apps or videos.

The headset also comes with a strap, allowing you to watch movies or play longer games. Plus, the open-sided design also means that you can leave the power cord plugged in or easily use your headphones —so you don't get uncomfortably warm.

The field of view is about 100 degrees, and the image is nice and clear. The distances between the lenses is adjustable, and you can use this headset with glasses.

The padding around the lenses is made from medical-grade silicone so that the headset is comfortable to wear, but doesn't absorb sweat and is easy to clean.

The only problem I've found with AntVR Taw so far is that getting the smartphone in place can be tricky. The top panel, which secures the phone, is on a spring, requiring two hands to lift the top and keep it open — and then a third hand to slide in the phone. I lack three hands, so it took a little practice to be able to hold both panels open with one hand. Propping the headset against something else first helps.

The headset fits any late-model smartphone with a screen size between 4.5 and 6 inches and works with all the Google Cardboard-compatible virtual reality applications as well as 360-degree and virtual reality videos. With the appropriate app, AntVR TAW can also show traditional movies and videos on a large virtual movie screen. (To learn more about apps for AntVR TAW, check out GearBrain's Top 10 Cardboard VR Apps That Won't Break The Bank, 7 Top Gear VR and Cardboard Educational Apps and Best VR Sports Apps for Games and Gamers. All have a variety of apps for you to review.)

Ultimately, you'll find this is a great headset if you're looking for something with the quality of a more expensive headset but with an open-sided and foldable design.