Nope, You're Not Getting An iPhone 7 Plus Today

Gear up on five IoT news bites for Friday.

No iPhone 7 Plus For You Apple won't be selling iPhone 7 Plus smartphones in their stores today. Yes, Apple said the devices would be available starting Friday. But only pre-orders will be honored. Why? Because apparently the 7 Plus models — and the iPhone 7 in jet black — are both sold out. To try and quell any discontent among those who have already camped out at Apple stores around the country, Apple handed out $100 gift cards to consumers who believed they would get their hands on one of the coveted iPhones today. (Via Mashable)

Stop Using Galaxy Note 7 Samsung finally got its act together and issued a formal recall for its Galaxy Note 7. The repeated videos of cars and phones exploding (not to mention small children with hand burns) is likely not ideal. Galaxy Note 7 owners can turn their smartphones in starting Sept 21 for a replacement Galaxy Note 7 or do an exchange for a Note 7 or Note 7 Edge. Samsung is telling people to immediately stop using all devices and even shut them off. It's web site also has an easy to follow check list to see how to find out if your serial number is affected and how to proceed.

Primetime Drone Racing Okay, so 11 pm ET may not be primetime but The Drone Racing League (DRL) is taking its flying devices to the small screen, appearing on ESPN 2 for a 10 episode season. The first one aired last night with a look at FPV drones and DRL's pilots. Additional episodes will launch in October covering the race season on location from Miami to Los Angeles, then Manhattan, Ohio and finally the World Championship which will air on ESPN's main channel in November. Popcorn optional.

Smart Renovation When looking to do a renovation, home owners tend to adopt at least one smart device like a connected thermostat or door sensor. Surveying 1,000 homeowners, Houzz.com found that 76 percent of them spent $1,500 or less on upgraded features, with the most popular smart devices including fire and gas alarms, smart cameras and then motion, glass and door sensors. Still, more than half of homeowners who did do upgrades chose not to use smart devices. Why? More than half who opted out cited either cost or privacy concerns.

Smart Home 101 Smart thermostats — often the first IoT purchase for many homeowners — can still be a tricky purchase. Will the device connect with other devices that I might want to buy later? What wireless network does the thermostats work on when running? We pour through questions you may have — and other you should consider — in our Buying Guide For Smart Thermostats. Don't buy one without checking our suggestions first. 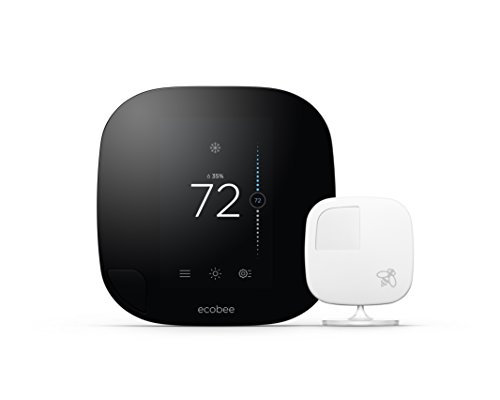