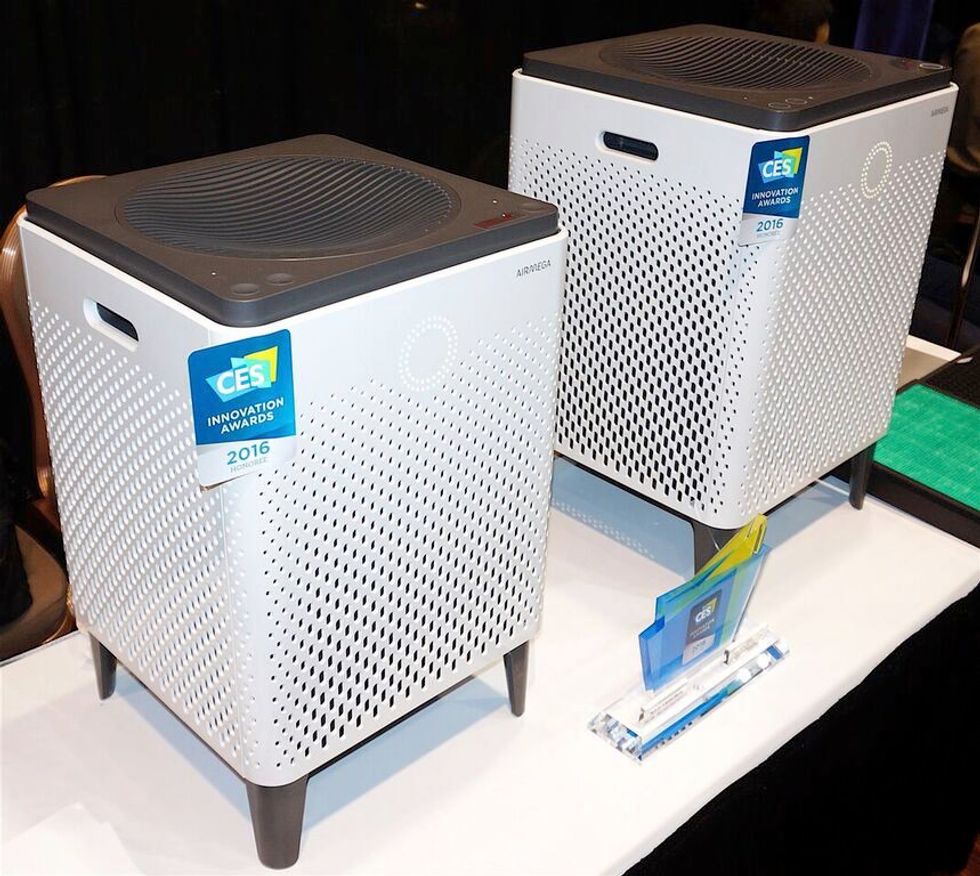 While Wi-Fi cameras, thermostats, smart locks and smart LED light bulbs have been the most popular smart home gadgets at CES this week, there's a far wider array of items in your home you didn't think needed to be smart — or controlled.

Here's a brief roundup of some of the innovative, unique and weirder smart home gadgets GearBrain found at CES this week. Let's take a look.

Andersen Windows: Forgot to close the window when it started to pour outside? Worry no more. This well-known maker of made-to-order windows unveiled a Smart Window that, thanks to an automatic operator built into the window frame and a sensor, automatically closes when the rain begins. The Smart Window also comes with a wall-mountable controller and a handheld remote to control up to four windows.

Blueair: This air purifier specialist announced a smart indoor air monitoring, control and purification system at CES. The "home defense system," which pairs its Sense+ air purifier ($499), Aware air monitor ($199) and iOS or Android Friend app, monitors and frees your abode's air of 99.97 percent of airborne allergens, chemicals, dust mites or other outdoor pollutants that have seeped inside.

Bluesmart: Okay, not exactly smart home, admittedly. But Bluesmart, is a way to extend your smart home needs while traveling. The world's first smart luggage is giving CES attendees a sneak peak at the full-size version of its inaugural carry-on bag — the Bluesmart Check-in. Like the company's first bag, the larger size edition is equipped with real-time location tracking powered by GPS and 3G connectivity provided by telecom carrier Telefonica. What does that mean? You know where your bag is at any moment, plus you can enable remote locking, and activate a built-in weight sensor in the handle. (Because, who hasn't overpacked?) The companion mobile app accesses measured, location and status details, then connects to the airlines' databases to end those baggage fee surprises. Details of the design, however, will stay a secret until the first bag rolls off Bluesmart's factory floor — or, by the time pre-orders start this spring.

Control4: How about smart home controls from your car? Livio and Control4 are integrating smart home functionality into connected cars under the open source intelligent car SmartDeviceLink (SDL) technology umbrella. The two companies are demoing a Control4 proof-of-concept app that syncs with a car's head display unit letting you access and control smart home devices. The app also can initiates automation scenes from the dashboard. Touch "Away," for instance, and your home lights will dim, the security system will arm, doors will lock and the temperature will set on energy-saving mode. Touch "Arrive" before you turn into your driveway and your home lights will go on, queue up your music and turn-up the heat. 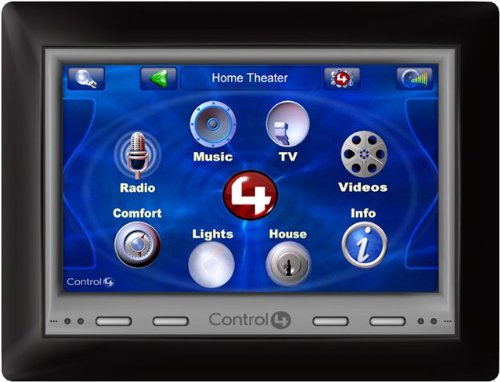 Coway: Like Blueair, this Korean health technology company is unveiling an air purifying system. (This is a big theme at CES this year.) Its compact multi-stage Airmega system employs Green True HEPA filters cover 1,560 square feet. They contain gingko and Japanese sumac and activated carbon filters with coconut extracts to capture and reduce more than 99 percent of volatile organic compounds and odors. You can choose from one of two models from the 400S ($849), which covers up-to 1,560 square feet , and the 300S ($649), which purifies the air in an 1,256 square feet locale. Both will go on sale in March and are Wi-Fi connected so you can monitor and control their operation and your indoor air quality.

GreenIQ: Want to get a smarter, greener thumb? This industry-first flow meter lets professional landscapers and gardeners measure water usage by volume — rather than units. The result? Greater control and visibility, that let's you easily detect potential irrigation water leaks or pipe bursts. Soon to be available online at The Home Depot is a smart gardening bundle consisting of the GreenIQ Smart Garden Hub and three PlantLink sensors ($299).

Hunter: We have Wi-Fi remote controlled air conditioners, so why not a Wi-Fi remote controlled ceiling fan? Hunter is showing its first two smart fans at CES, the Symphony ($329, February) and the Signal ($379, release date not yet determined). Both can be controlled individually, as a group, at or away from home, from both an iOS or Android device. If you're on an iPhone or iPad, you'll eventually be able to voice-control the fans as well via Apple's Siri and HomeKit.

Keen: Smart vent supplier Keen showed its new Smart Filters ($29.99 each; $3 per vent per month via subscription) that purify a home's air and provide filtration against common household contaminants. Antimicrobial properties also prevent germs from spreading. The Keen Home app lets you monitor the filters, with the company automatically supplying new ones when the system detects a replacement is needed. (We told you air purification was a popular smart home product at CES.) 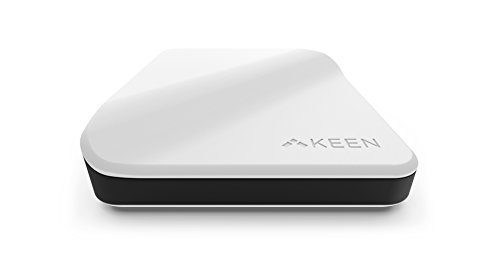 Nora: We told you about Nora earlier this week. Instead of a mask, dentures or a nose strip, Nora's Kickstarter-funded eponymous smart stop snoring solution ($239) gently inflates to change the direction of your head, which opens up your constricted airway. Nora is available for pre-orders online at its Web site.

Pentair: Are your floors cold? Did you know you could not only warm them up, but warm them up intelligently? Yeah, we didn't either. But Pentair's Nuheat Signature ($265) electronic floor heating system works with the Nest thermostat to either automatically heat — or not heat your floors — depending on whether you're home or just about to arrive.

Sengled: Amazon Echo's Alexa brings voice control to many third-party smart home products. But Sengled asked: Why do we need a separate device? The company's Voice bulb enables voice control of devices, voice interaction with the cloud and home security by detecting suspicious or important noises. Think glass breaking, a smoke/CO2 alarm, dogs barking or a crying baby. Like Echo and Siri, Voice connects with the Internet and can answer questions. And with dual-JBL speakers the device doubles as a speaker. Oh – its light will also turn on or off when you say so. When can you get it? The company's been rather vague on details and availability other than "sometime in 2016."

SVET: This smart LED bulb produces flicker-free light to mimic sunlight rather than artificial light,which the Russian firm says is healthier and more comfortable for your eyes. SVET mirrors natural light based on the time of day, by telling the bulb to automatically soften lighting towards evening hours, emulating that sunset glow and promoting relaxation. In the morning, SVET shifts to harder and colder light, matching the properties of dawn light.

Tailwind: This Canadian Kickstarter tech start-up is looking to monitor and control less traditional – and heretofore dumb – home devices such as garage doors, gas fireplaces, sprinklers for irrigation, sump pump water levels, pool heaters, security systems and more for as little as $29. Tailwind's modules are due to go on sale in March.