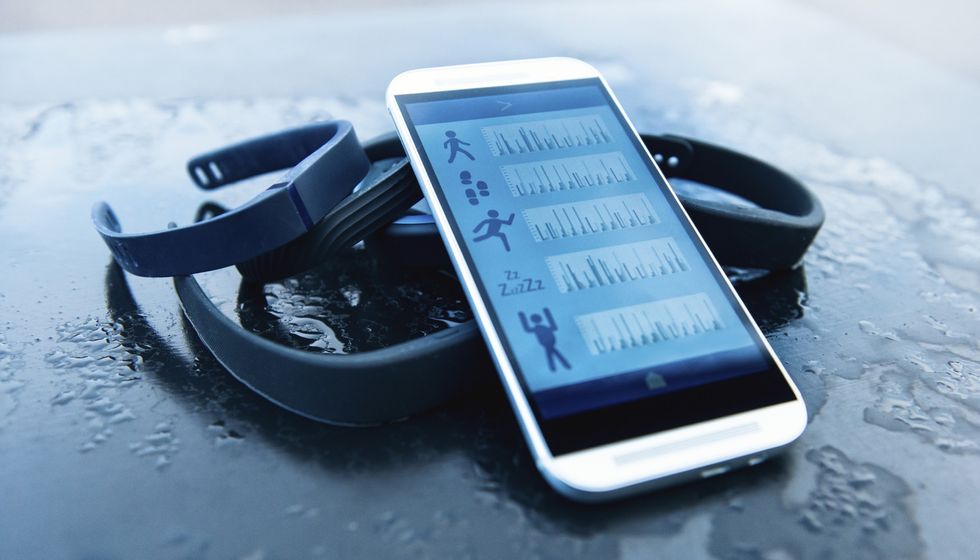 When Fitness Apps Make You Dump The Device

One bad app can kill the love affair with your fitness device, says a new study from Argus Insights.

Wearables? We like them. Apps designed to work with fitness devices? Not so much. So says a new report from California-based research firm Argus Insights, which looked at more than 136,000 reviews between November and February of this year. Its findings? An app's performance can impact the way consumers feel about a brand's wearable device—and how long that relationship may last.

"The look and feel of the device drives the dating experience," says John Feland, CEO and founder research firm Argus Insights, based in Los Gatos, CA. "The long-term relationship is driven by the app."

Apps are not faring well, notes Feland, generating quite a bit of irritation among users, particularly in the way they sync data between devices. That particular use topped Argus Insights' list of the most frustrating features. Apps that crashed, apps that took a long time to set-up and apps that did not perform to a user's liking also ranked high on problems that rankled device owners.

Losing data, particularly with fitness apps designed to keep track of a user's performance over time, is a also very big concern—and problem—for fitness wearables. Consumers reacted strongly as well to having to wait for long periods of time for their information to sync from their device to the app.

Feland notes that many of the apps on the market today are more like dashboards, pushing a lot of data out to consumers, without offering a way to translate that information into action. More worrisome, he says, is that 60 percent of wearable owners stop using their devices after three months. He believes better apps can potentially lower that number.

"Think about how a company survives if more than half of its customers leave after three months," he says. "This is a core problem with wearables. The app is an important piece of maintaining that stickiness."

However, not all wearables had hiccups, according to the report. Some generated more love than others. Argus singled out Nike and Jawbone for their apps as "earning praise and relatively higher delight scores," reads the report, released today. Fitbit and Samsung devices appeared to earn lower scores.

Still, some apps scored even higher than the device designed for the actual wearable, such as Jawbone, says the report. While the brand's fitness bands itself did not excite users, researchers found that the Jawbone Up app actually earned high ratings.

Ultimately, Feland argues that apps–and the way they perform—may be more crucial than wearables as sensors grow smaller, along with the products where they live. Consumers will be more focused on the data—rather than the device.

"The hardware is mostly a commodity, Feland says. "As hardware technology becomes ubiquitous, the app is what will distinguish the experience."

Garmin vívofit Fitness Band - Black
New From: Too low to displayin Stock
Used From: $30.45in Stock
Related Articles Around the Web
argus insightsworkoutfitness trackerfitnesswearablenews article
Like GearBrain on Facebook
Lauren Barack
The Conversation (0)