Samsung has told owners of its Galaxy S10 smartphone that a crucial update to fix a flaw in its fingerprint reader will be rolled out today.

The update cannot be ignored and a message asking users to install it will not disappear until they do so. Such forceful measures are required by Samsung, as it was recently discovered that the phone's ultrasonic fingerprint reader can be unlocked with anyone's finger when the phone is fitted with certain screen protectors.

Samsung has begun informing its customers that the update will arrive sometime on October 24. The message admits the flaw with its fingerprint reader is shared by the Galaxy S10, S10, Note 10 and Note 10+. In other words, all of Samsung's flagship smartphones for 2019, minus the Galaxy Fold.

The issue is due to the way some screen protectors are recognized as a fingerprint. With extended use, the phone's sensor was learning a more detailed picture about the underside of the screen protector, instead of the owner's finger. As such, it was possible for anyone to unlock the phone.

Not only does this make the phone itself insecure, but also apps on it which require biometric security to identify the user. One such app, offered by British bank NatWest, can now no longer be installed on the affected Samsung Galaxy handsets.

Good morning Robert, We've removed the app from the Play Store for customers with Samsung S10 devices. This is due to reports that there are security concerns regarding these devices. We hope to have our app available again shortly once the issue has been resolved. SY
— NatWest (@NatWest_Help) October 20, 2019

In response to a customer asking about this on Twitter this week, the bank said: "We've removed the app from the Play Store for customers with Samsung S10 devices. This is due to reports that there are security concerns regarding these devices. We hope to have our app available again shortly once the issue has been resolved."

Describing the fault itself, Samsung said in a message sent to affected customers and published by AndroidPolice: "If you've used a screen cover, such as a silicone cover with a textured surface on the inside, the texture itself may be recognized as a fingerprint that can unlock your phone."

Once they have installed the update, customers who have used a screen protector are asked to delete all previous fingerprints from the phone and re-register than without the cover applied. Samsung says is "cannot ensure optimum fingerprint registration or scanning unless the software has been updated...and strongly recommend users to refrain from using screen covers, such as silicone covers with textured surfaces inside." 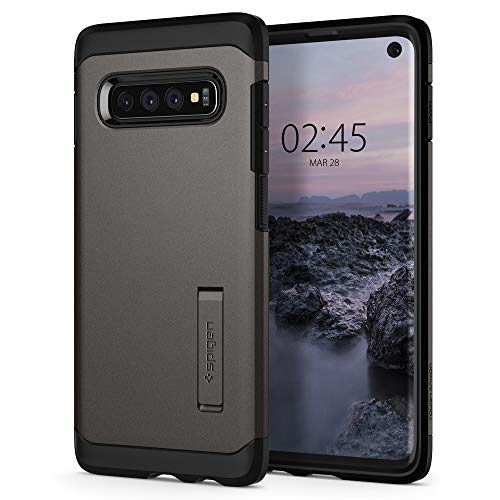