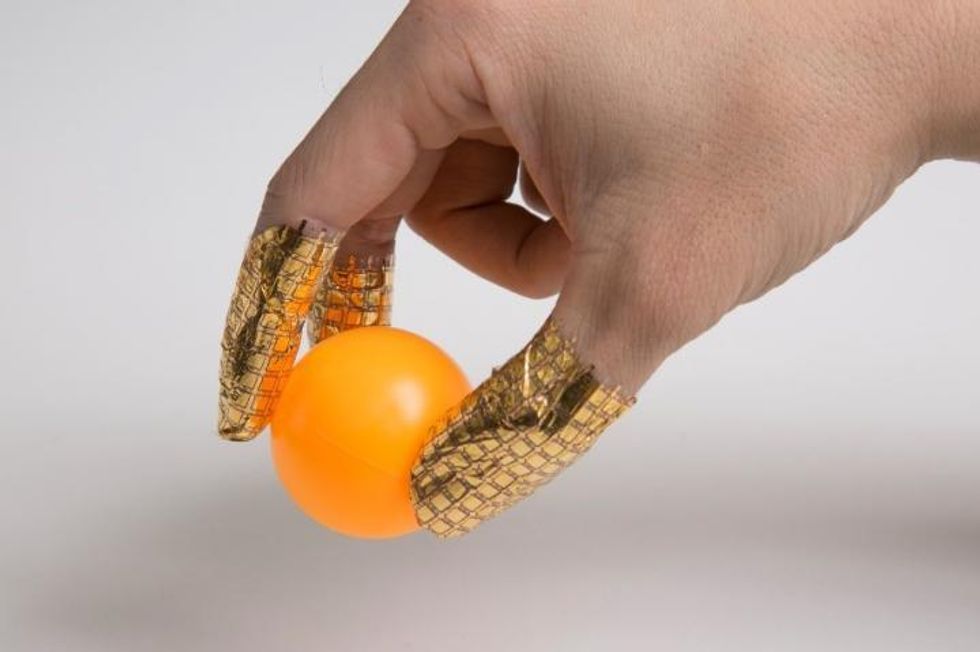 Flexible sensors may one day replace traditional mammograms, allowing health professionals to locate tumors just by pressing them against human skin. So says researchers from the University of Tokyo who have developed just this kind of sensor, able to already read the "pressure distribution of rounded surfaces such as an inflated balloon," says the release. The medical sensors market was valued at $8 billion back in 2012, according to research group MarketsandMarkets.

The use of the Internet of Things in the global healthcare market is worth more than sensors alone. A new report from P&S Market Research valued the IoT healthcare market at $24.7 billion in 2014. The group notes that key players in this growing field include Medtronic, GE, Qualcomm and Proteus Digital Health among other firms.

Apple reported a slower than expected sales growth on iPhones, and missed expectations on its revenue, which the tech giant announced Tuesday evening. Still, Apple made a whopping $18.4 billion profit for its first fiscal quarter of 2016 — beating its $18 billion profit for the same quarter a year earlier.

Uber is tapping into its drivers' smartphones to see exactly how heavy a foot they may have. A pilot program reads the gyrometer in a phone to see movements happening during a ride — including whether the driver even picks up their device to text or call. But mainly the goal is to see if complaints from riders, such as a driver going to fast, is matching up to the data.

Finally, Oculus Rift has a new VR creation tool called Quill. The program allows users to draw in the air, and then watch their sketches come to life — or become animated. Oculus Story Studio, its film arm, has already using the tech to start animating a movie called Dear Angelica. But before you get too excited, Quill is not available to the general public — at least not yet.