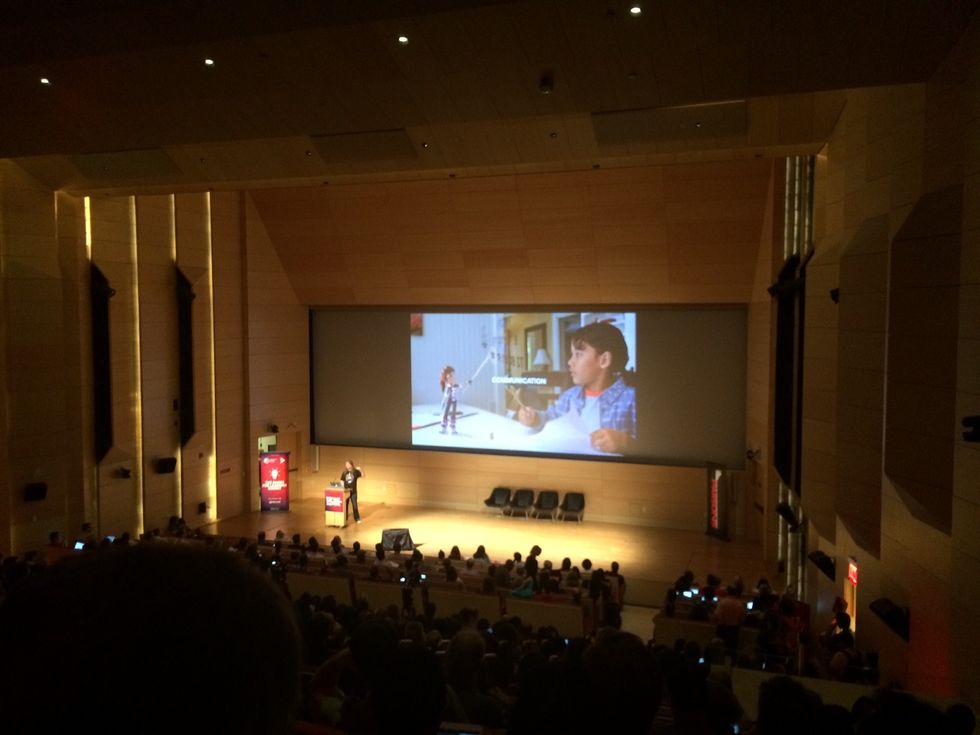 Why Magic Leap's Graeme Devine Believes You Have To Have Faith

The chief game wizard for Magic Leap teased its tech at the Games for Change.

Imagine not having to travel for a meeting or an interview—and instead have "a mixed reality conversation with just photons, where atoms aren't even involved," says Graeme Devine, chief game wizard at mixed reality start-up Magic Leap.

That future is coming, says Devine, who spoke at The 13th Annual Games for Change Festival, at The New School in New York, Thursday morning. Devine, a former game designer, demoed a bit of Magic Leap's tech to hundreds of attendees, while also talking about how mixed reality may be used in the next 10 years. Yet even Devine seemed a bit unsure of what final form this technology may take—only that the result, he insists, will be revolutionary.

"You really have to have faith," he says.

Magic Leap has raised more than $1.4 billion in funding from Google, Morgan Stanley, Warner Bros and others, for its mixed reality technology. Yet the Dania Beach. FL-based start-up has only teased its tech through sporadic videos, including its most recent one which brought C-3PO and R2-D2 into a living room. The company continues to rack up patents, including one for a helmet-looking device, but without giving any true tease as to how Magic Leap will be marketed to consumers.

The augmented reality market—which appears to be closely aligned to Magic Leap's eventual product—is valued at $2.35 billion last year is expected to explode—and reach more than $117 billion by 2022, according to Research and Markets.

Devine walked the auditorium through games he says succeed today—and those that do not. (For the record, two favorites include Lego and How To Host A Murder.) But mixed reality will have a large impact on games, says Devine, particularly how we interact with them.

"Mixed reality needs to move from games where they are behind the screen to being in your world with you," he says. "Mixed reality will inspire and delight the audience."

Yet Devine wove a picture of a society so enamored with tech that it misses the world around them. He mentioned concert-goers who focus on a four-inch screen, recording the live event, rather than taking in the musicians on stage. Smartphones, to Devine, are not a success story.

"I should have never have gone to Apple," Devine laughed. "I am really sorry."

Still, Devine didn't shed any clues on what devices will link to Magic Leap's tech—nor what final form the company's product will take. He instead kept emphasizing that "the experience really matters," (presumably with Magic Leap.)

"The photons we present must be magical," he says. "But mostly you have to have faith."