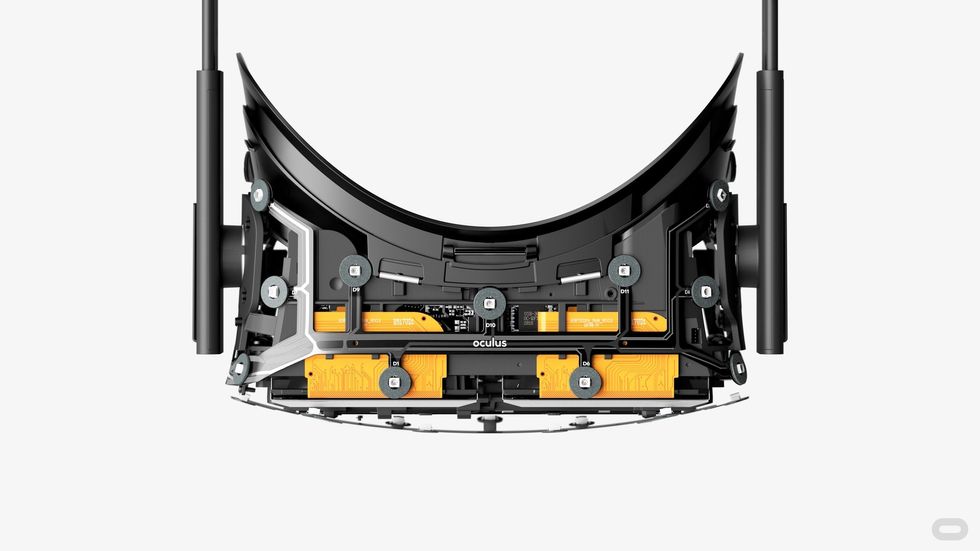 How You, Or Your Neighbor, Will Soon Own A Virtual Reality Headset

VR's $2.3B Bet Virtual reality headsets will jump to $2.3 billion in sales this year, according to a new study from research firm IDC. Oculus Rift, HTC Vive and even Google Cardboard are quickly turning virtual reality headsets into a coveted device. By 2020, nearly 65 million virtual reality devices will be shipped, one for every other households in the U.S., according to United States Census Bureau. Which means if you won't have one—your neighbor will. Maybe they'll share. But even if they won't, IDC's report notes that augmented reality devices—think Magic Leap—will grow to more than 45 million by the same year. Now there's enough for everyone.

Elon Musk's Bus? Elon Musk and his Tesla team may be looking at breaking into mass transit—and not just (semi) expensive cars. Tesla's founder tipped his hat at a transportation conference in Norway yesterday when talking about autonomous cars and solving city congestion, says Bloomberg.

FBI's $1.3M Check The FBI paid more than $1.3 million to crack the Apple iPhone owned by the alleged San Bernardino shooters. Although FBI Director James Comey didn't state how much he paid: He noted that the price tag for the hacking software was more than seven years and four months of his salary. (That's how long he has remaining on his work contract.) However the code used to break into the iPhone 5C will be able to help the FBI break into other iPhone 5C with iOS 9, Comey said according to a story in Reuters.

Snapchat Borrows "Face Off" Ever hoped to channel the '97 Travolta/Cage flick? Now you can. Snapchat lets you stick your face on a pal's image, and visa versa—anyone actually in your iPhone photo library. The upgrade is part of Snapchat's app update, and is only available, for now, to iOS users.

VR Goggles, Sunglass Size Imagine virtual reality—through your sunglasses. That's what Chinese technology firm Dlodlo believes is the future of VR headsets. Google Glass certainly pioneered the idea of augmented reality in a eyeglass-sized package. But high-level virtual reality requires heavy computing power (hence the pricey PC setups needed to run Oculus Rift, for example.) How would Dlodlo do this with a wearable that's pocket-sized? Even Android Central notes that remains to be seen.