There is perhaps no more maligned gadget than the dumb digital photo frame. Insanely cheap because they use old generation or low quality LCD screens, digital picture frames are also decidedly low-tech: they just display photos through a memory card. Most can't play videos, and those that do use low-res video formats such as Motion JPEG — not higher-res or MPEG 4-based formats (also known as .mov) in which most smartphones record. A bunch of no-name branded frames go on sale around Mother's and Father's days and the holidays — then virtually disappear the rest of the year. 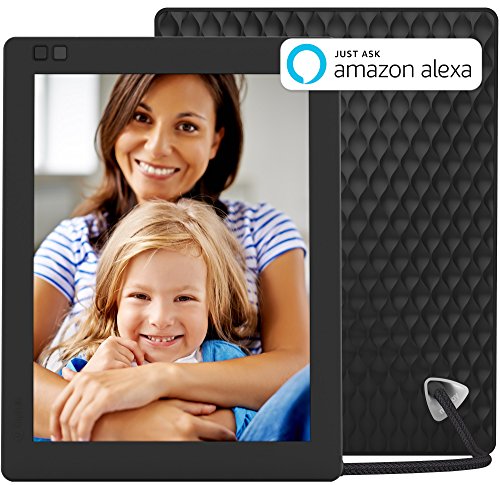 Nixplay is trying to boost the dumb digital photo frame by introducing a degree of intelligence and versatility into its offerings. The most intriguing are its Seed Wi-Fi Amazon Alexa-enabled models, which come in rectangular 8- and 10-inch editions ($139.99 and $179.99, respectively), and widescreen with both a 10.1- and 13.3-inch version ($149.99 and $209.99, respectively). We're focusing on the latter in our review.

Seed is smart in three ways. First, you can upload photos from your smartphone via the Nixplay iOS or Android app, If you have an iPhone you can upload video as well, no memory card needed. Second, anyone can email a photo to the frame, which has its own email address. That's handy when you want to a send a photo to someone else's frame, such as your parents. Third, you can pair a Seed to Amazon Alexa and voice command the frame to play a specific set of photos.

These smart functions make the Seed fun to use, and a great way to access thousands of digital snaps you've accumulated through the years. That all sound great — if the way Nixplay organized its images made more sense.

Because the kickstand is flexible, the frame is best set-up horizontally so it's more stableGearBrain

Nixplay's 13.3-inch widescreen Seed displays photos on a 16:10 aspect ratio display, which compares to the 4:3 aspect ratio of the photo frame's standard screens and most other digital photo frames. In other words, the Seed is shaped more like your current HD or 4K TV (16:9) than squarer 20th century tube TVs.

Seed's 16:10 widescreen display actually makes more sense than other digital photo frames, since they match the wider aspect ratio of landscape and panoramic photos snapped by today's smartphones — and old 4x7 print photos from yesteryear too. These more cinematic photos will be displayed full screen rather than letter-boxed or cropped on the Seed.

Behind the Seed is a flexible goose neck kickstand that lets you angle the screen more precisely, and also doubles as the AC connector. But because the kickstand is so flexible, it's not as stable when the frame is in portrait mode than in landscape mode.

Be aware that there isn't a user manual. There is a set-up video on Nixplay's YouTube channel, which essentially tells you to plug the frame into AC, download the app and follow the subsequent on-Seed screen instructions. I wish, though, a simple one-sheet had been included.

You're given Seed's serial number (which is not printed anywhere else, not on the Seed or its box) during installation. Write it down. You'll need the number to go into the smartphone app or a Nixplay web page – which automatically detects your frame – to register your Seed and pair it with Nixplay's photo cloud storage service.

You get 10GB of photo/video storage for free in Nixplay's cloud, but you can buy more online memory via a subscription. The Seed itself can locally store 4.5GB of photos and video. 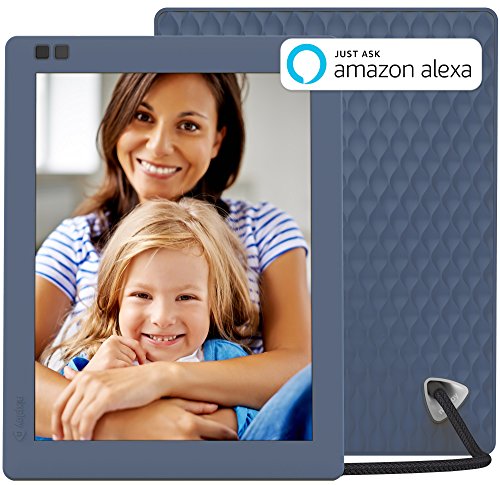 While photos uploaded via the web to an album are stored at their original resolution, these photos are them "optimized" – shrunk down, essentially – for display on the Seed. As a result, the nearly 5,000 photos I uploaded mysteriously swallowed all 10GB of my free storage, but the same number of photos occupied merely 53 percent of the Seed's local 4.5GB of storage. So, given the ever-increasing size of smartphone photos and higher resolution video iPhones can capture, you'll likely need more cloud storage space.

Nixplay organizes your photos two different ways. First, there are "albums." You initially upload all your photos to the Nixplay cloud into albums that you create. Photos uploaded to these albums, however, are not uploaded on the Seed. (Stay with me.) From these albums, you then create playlists, groups of photos organized by date, event or however you like. It is these playlists that are then uploaded to and displayed on the Seed. Each playlist is limited to 1,000 photos.

Why this odd set-up? Because Nixplay assumes different people will store and display photos in the system to shuffle through the frames.

There are two speakers in the rear of the Seed frameGearBrain

Putting pictures into the frame

As noted, you can upload photos — and optimize them for better storage — from your smartphone to the Seed via an app. But this method only lets you upload 100 images at one time. You can upload as many pictures as once that are on your PC or a local drive through the Nixplay web site. From the smartphone app you also can connect to Google Photos, and on the web site you also can link to your Google Photos account, along with photos on your Facebook, Instagram, Dropbox, Verizon Cloud or Flickr accounts.

But there are limitations around video uploads, which can only come from an iPhone — not from an Android device nor a PC, unless they're antiquated QuickTime or Motion JPEGs. Nixplay says they are working on enabling more standard MP4 video upload from all sources. 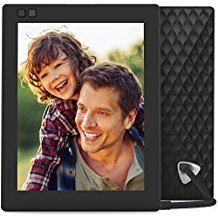 Overall, the Nixplay photo upload process is simple and intuitive, and takes only a few minutes to upload 100 photos-plus up to Nixplay's cloud. On the app, uploading in the background continues while you go on to other smartphone activities. If you're a Mac owner, I did have intermittent problems uploading photos via Safari, but none with Chrome.

Once you've upload photos to albums, create and save your playlists. (Important: remember to save or your photos won't get uploaded to the frame.) Next you get to choose your display options. There are 10 including full-frame, cropped, pan-and-scan, etc. You can also select the transition timing between the images, the type options, as well as sleep and motion sensors: The frame can wake up when it detects someone near it. You can also set brightness and RGB display settings — which you'll need since the default leans decidedly toward green tones. Finally, you can turn captions on and off, if you decide to add any. All these options are easily accessible on-screen via the small square remote control.

The Seed's screen is surprisingly vivid for a photo frame, with bright colors and decent contrast.

You can pair Nixplay with Amazon's Alexa smart assistantGearBrain

Playlist playback is where its Alexa smarts come in. Instead of choosing which playlist to play from the mobile app or the Nixplay web site, you simply ask Alexa to display the photos of particular playlists. But you're not really speaking directly to the Seed – you're asking Alexa to speak to the Seed. So, the Alexa command syntax is "Alexa, ask My Frame to show me my [xxx] playlist." And, in just seconds, my Seed responded as instructed. The only other Alexa-enabled request that's active is "Alexa ask My Frame if it's connected," but Nixplay says more commands are in development.

A digital photo frame may seem cheesy to serious gear-heads, but the Seed is a serious piece of tech that can actually draw you and your family closer. From personal experience I can tell you giving and setting up a digital photo frame for your parents and populating it with old family photos – and sending periodic updates of your life – will fill you and them with a serious case of the warm fuzzies. While the upload learning curve was unnecessarily steep – and the curve could be shortened with a one-page quick start/usage guide – the Seed is a satisfying solution for reliving the moments of your life via the plethora of photos that otherwise would stay buried on your phone, cloud or hard drive. And the Seed will be even better once Nixplay solves its video upload problems.

No video upload from web or Android phones

No photo optimization when uploaded from web