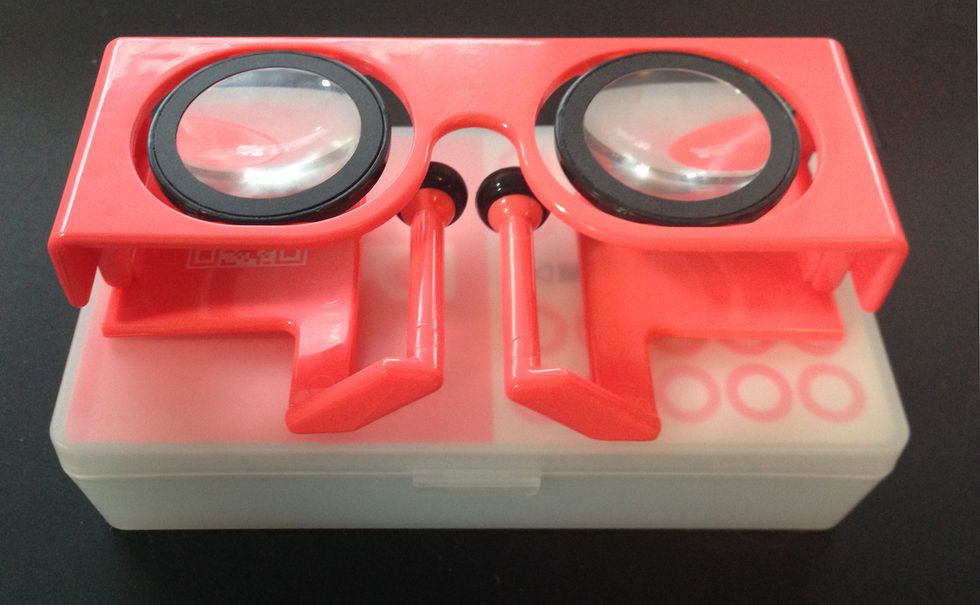 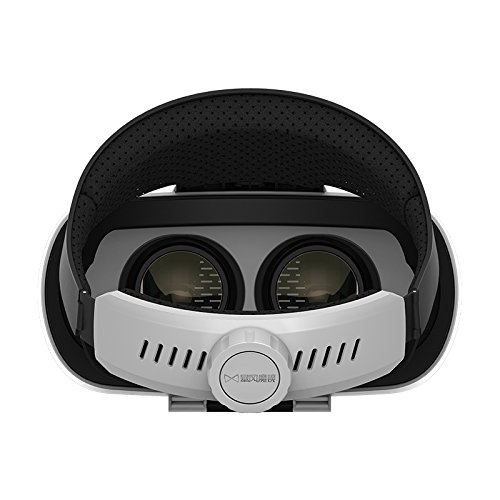 Pros: Extremely easy to use, small and light-weight, a great way to show off virtual reality apps to friends and family.

Cons: Open design makes it less immersive and lets other people look in over your shoulder, while a lack of straps requires you to hold the headset up to your face.

Beijing-based Baofeng, an online video service, has been betting big on virtual reality lately with several virtual reality headsets among its offerings. The cutest — and lowest-priced — is the Baofeng Small Mojing.

Listed on AliExpress from various distributors at prices ranging from $12 to $20 each, keep an eye out for sales. I got mine for just $7. (That's a holiday shopping win.)

This headset is similar to the $22 C1-Glass from Goggle Tech in that it looks like a pair of glasses. The fold-out arms, however, are not earpieces that hold the glasses on your face. Instead, they actually stick out in front of the glasses, and are used to hold your smartphone. You need your hands to hold the headset up to your eyes.

The Small Mojing headset comes with a translucent plastic carrying case, reminiscent of the kind of box you'd use to hold soap while traveling, only a little bigger. However, the device is still small enough to fit into a purse or coat pocket. I bought several, as a cuter and sturdier alternative to a cardboard headset, and have been giving them out to friends.

Like the Goggle Tech, the open-side design has many advantages besides being convenient for quick virtual reality demonstrations. Because the headset does not block your peripheral vision, you're still aware of your surroundings. And because the Small Mojing does not restrict access to the phone's screen, you can easily touch that surface to navigate between apps or to load new videos. There's also nothing to block the phone's camera, plus air circulates freely so that phone does not overheat.

The field of view is about 90 degrees — really just middle of the road — and is about the same scope at the Goggle Tech. The Baofeng Small Mojing, though, is made of thicker plastic, adding a bit to its weight, tipping the scales at 1.4 ounces instead of just one ounce.

This is a good headset if you are looking for quick ways to show off virtual reality, to play simple games, or to watch short 360-degree videos. But if you want to watch full-length movies or play long games, look elsewhere.