With beacon technology, your smartphone is going to be as crucial as your ID the next time you fly.

It's been estimated around 90 percent of all mobile phones today are Bluetooth enabled. Our devices are ready-made to pick up signals from all around us—as they do ringing with calls, chirping from text messages, and pinging when we have a Tweet. They can also pick up other kinds of signals, including those pushed through Beacon technology, which sends signals across relatively short distances—think 100 feet or so—which makes them ideal for places like airports where information changes in a second, and people need those updates immediately.

There are already more than ten airports that have beacon technology in place today including these:

How beacons work and why they will transform travel

If you've never heard of beacon technology before you might be curious how they actually work. They're basically transmitters that uses Bluetooth Low Energy (BLE) to send and receive data from devices that are close to other devices. In other words, they can communicate with your smart phone. With at least ten airports already employing this technology, sending information from flight gates to flight schedules, beacons are improving the travel experience for travelers:

John F. Kennedy airport is already using beacon technology to transmit more accurate wait times to travelers, taking away the irritation while waiting in seemingly endless security lines, according to beaconstac. In fact, 61 percent of airports planning to use beacons for check-in alone by 2018 according to SITA's report, "The Future Is Connected."

You'll walk past lots of shops when you're in an airport, most of which you'll completely ignore. Would you feel the same way if you knew they had special deals on offer? Beacon technology can push out sales and offers to travelers as they walk through airport malls, including San Diego International Airport where this feature is being explored by sending those deals directly to your phone.

Airlines offer the same kind of thing with a slight twist. For example, if you're flying on a British Airways flight at Heathrow they'll send you a message when you walk into their lounge.

Once you've received your boarding pass you'll be given a gate number. Finding it can prove to be trickier than you think, especially if you're in a huge airport. Thankfully, beacons will guide you there easily, according to The New York Times.

Beacons will also alert you when your flight is boarding, if you need to proceed to another gate, or if you'll have to sit around longer due to a delay. Miami International Airport (MIA) was one of the first airports to use beacon technology, according to a story in Skift magazine.

You won't miss your flight

Beacon technology can also send updated flight information, gate changes and any other details that can prevent you from missing your flight, according to Samsung.

Beacons will keep your family safe

Did you know the average age a child will get their first smartphone has dropped down to 10 years old? This is mostly because parents want the power to contact their child when they're outside playing to ensure their safety.

It turns out they'll also keep your children safe in airports, because—although there are apps that can track your children already—beacons will also be on guard, able to pick up where children are if they get lost.

The perfect end to the day

When you finally land, waiting for luggage can be an exhausting experience. But Hong Kong International Airport put 50 beacons into play to help travelers find luggage, even by sending images of baggage carousels to the app which can be viewed on a smartphone screen.

It will also be able to help you with other alerts when you're leaving the airport, such as knowing when a commuting bus or train would be leaving, and if there's time to grab a cup of coffee before you head on to your next destination.

Bluetooth beacons are currently being tested in a number of different airports, but they're certainly not mainstream yet. Just 35 percent of the top 20 American airports have recently had them deployed, and more are coming. Don't leave your smartphone behind the next time you fly. Thanks to beacons, those devices may be as invaluable as your boarding pass. 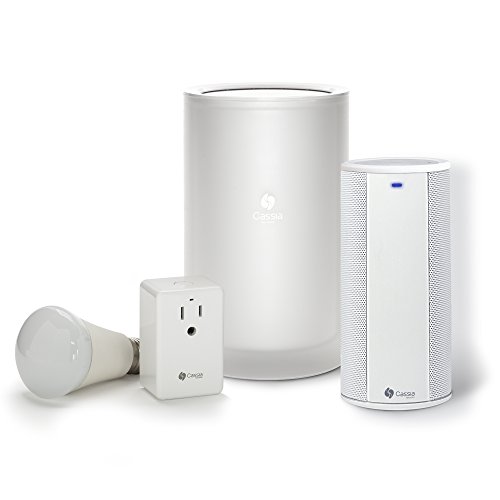