7 businesses that use virtual reality to build their brand

While the Oculus Rift, HTC Vive and Google Cardboard are great for games and movies — virtual reality (VR) devices and augmented reality content are also favored by companies eager to put a unique spin on their products.

Many firms want to give consumers a chance to virtually try a product — before they make a decision to buy. Whether that's a pair of shoes, a couch, or even a ride on a roller coaster, VR is quickly morphing into a marketing tool used by companies.

Here are seven businesses that are using VR to sell both their brand — and their products.

Toms' "A Walk in Their Shoes"

Toms is a brand that has given more than 75 million shoes to children in need — they match each pair that a consumer buys with a donated pair. However, many people don't realize the significant impact that their purchases make.

To show their loyal customers and hesitant ones the impact of their support, Toms created a VR video with AT&T that shows the story of a Toms customer that travels to Colombia and meets an impoverished child that has his paired donated shoes.

Along with this 2016 production, Toms also gave away 100,000 Google Cardboard viewers with shoe purchases.

Six Flags already brings the thrill to everyday theme parks by introducing groundbreaking rides like the "Goliath" or "The Joker" 4D free fly coaster. Now, the brand has released a couple VR coasters that continue to shake things up.

Whether it's the "New Revolution" at the Great Escape park, the "Galactic Attack" in Texas or the "Superman: Ride of Steel" remake, Six Flags is partnering up with Samsung and Oculus to bring the VR experience to an already thrilling adventure.

I really don't know how 73 miles per hour speeds, 200 feet heights and 5,400 feet of track can be boring, but I guess Six Flags wants to attract more tech-focused or curious people to their parks with this VR addition.

Don't think you have the skills to climb El Capitan? North Face gives you a virtual option.North Face

In 2015, North Face teamed up with Jaunt — a tech company — to create an immersive VR experience for in-store customers. The video transported its viewers to both Yosemite National Park and Moab, Utah to climb alongside Cedar Wright and Sam Elias, two of North Face's global athletes.

You can see beautiful landscapes along with the climbers preparing their ropes and gear — it's a perfect way to get a sense of how your purchases will perform in action before you buy them.

Like Lowe's, Ikea also has its own VR showroom — equipped with a headset and two wands, you can pick and choose any items you want in your kitchen. You can interact with furniture however you want. (Ikea also recently gave buyers a chance to virtually trim their Christmas tree before bringing one home.)

It's pretty much the same concept — you can try out any item virtually before purchasing to see if the products really suit your taste. If you want more than just a couple minutes in store, you can also purchase the VR experience on Steam.

eBay launched a virtual department store in Australia with MyereBay

In partnership with Myer, eBay has created a virtual reality department store. With its headset "Shopticals," you can explore a personalized store in which every product is tailored to your preferences — as long as you live in Australia. You can also look deep inside the product and super close up too.

The most interesting part of this concept is only exploring with your eyes — you can select and choose your experience and products only using your eyes.

Two years ago, Marriott Hotels produced its first in-room VR traveling experience in partnership with Samsung. After calling down to room service for the headset and headphones, you can experience a journey from the point of view of a traveler.

Using VR to travel to far-flung places is not new. But Marriott's VR "Postcards" definitely push the envelope, shot in places such as Chile, Rwanda and Beijing. They have the ability to take travelers to different parts of the world — while of course encouraging people to consider their hotels over competitors.

Lowe's has set up HoloroomLowe's

Lowe's Innovation Labs launched "Holoroom" in 2014 — a VR tool that helped with home improvement and design visualization in certain locations across the United States and Canada. With the help of a store associate, customers were able to pick and choose products within the store and create a space in the app — trying out different ways to set up their home with furnishings and other details.

As the internet shifted the way people buy and sell goods — letting them make purchases without leaving their home — so too could VR and AR. The technology is already being put to use, if not at least tested, by major brands from eBay to Lowe's, creating virtual dressing rooms for themselves, and even their living room. 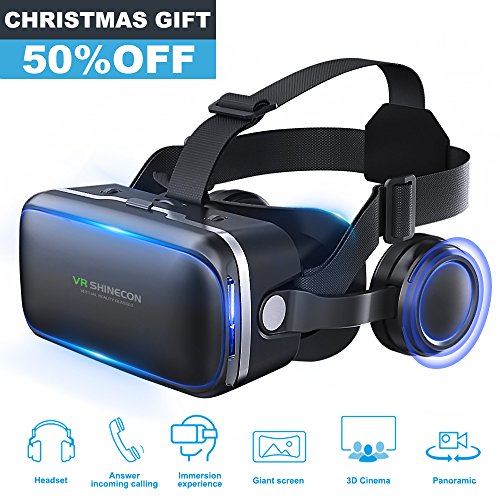