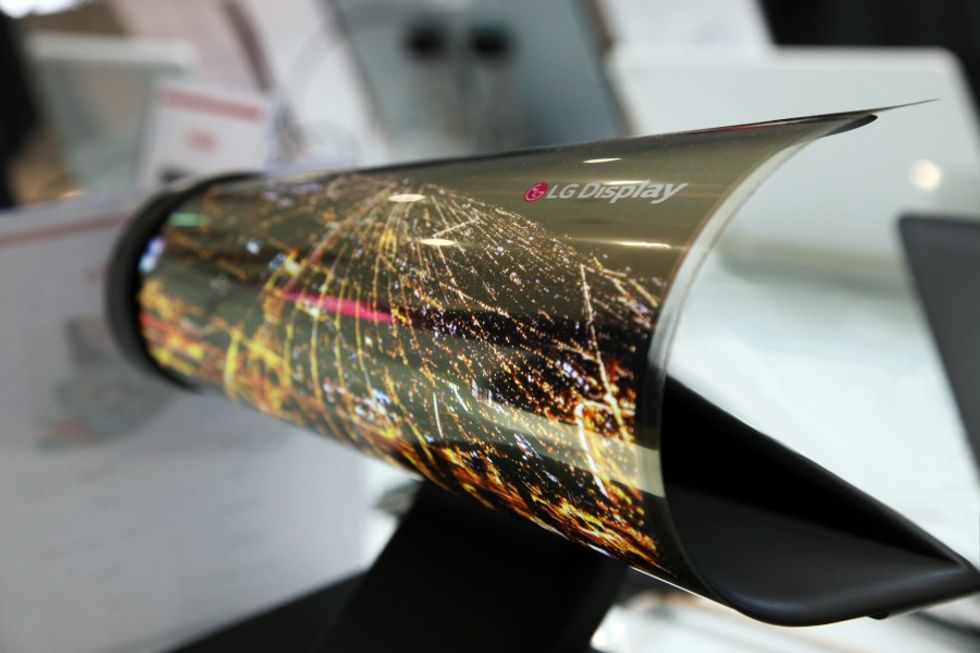 A foldable screen from LG is making waves at CES. The technology allows flat screen to bend and fold — like a newspaper, which LG states. Bendable screens are pushing the boundaries of where the screen can be used among wearables.

Meet OmBra, a brassiere that monitors heart and breathing rates plus calories burned. To be fare, the device, so to speak, looks much like a sports bra rather than something consumers may want to wear out and about. The sensors that pick up on the health data are under the band — so that's one less object you need to remember before you head to the gym.

Volvo wants you to talk to your car. The car manufacturer is unveiling technology today that lets drivers unlock doors, sound horn and even start the heater (when you're too cold to pull your hands form your pocket) all via voice.

We all love to shoot video. But a good editor is indispensable. Movi offers a way for users to edit the video they shoot while they film — potentially ending those endless reels we've all shot — and all had to watch.

Finally, SMYLE is hoping to free up your hands, allowing you to control smart devices with facial expressions. The application has potential in both the gaming market and for those who may have concerns from cerebral palsy to ALS that make hand motion more difficult.