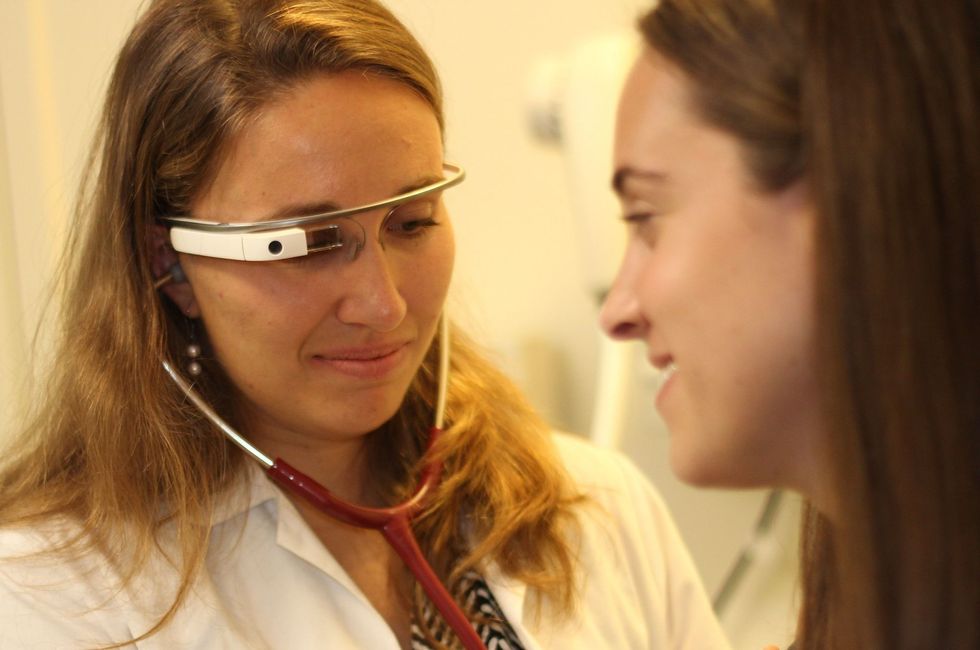 Medical Care In A Blink Of An Eye: Your Doctor On Google Glass

Your Doctor On Glass Don't be surprised if your doctor welcomes you next time wearing Google Glass. A startup, Augmedix, has landed a $17 million investment round to run trials with five healthcare providers supplying about 100,000 physicians with Google's augmented reality device. Virtual and augmented reality are picking up steam in the consumer space, primarily as entertainment devices. Google Glass debuted to the public in 2014, never really gaining traction. Still, Google continues to support the project, even filing a new patent for Glass last year.

Alexa Updates Google Cal Amazon's Alexa now lets you add dates into your Google calendar just by asking. Users need to link the digital assistant to their Google settings, but once done they can tell Alexa to add their next dentist appointment—or their dad's birthday dinner.

No One Buying iPhones? Apple is expected to report a bad quarter tomorrow—with revenue down more than 10 percent in the past year, says International Business Times. The culprit? Bad iPhone sales. Apple Watch sales haven't been robust either, leaving many wondering what the Cupertino-based technology company will need to do to excite consumers once again. Will the answer lie with iPhone 7?

China Fast Tracks Autonomous Cars You may have to wait a decade or more before seeing self-driving cars dominate U.S. highways. Not so in China, says Reuters. There, the government may able to push standardized laws across the entire country that get these cars on their roads by 2021. Self-driving car regulations are still making their way through U.S. regulatory agencies, spurred by car makers in America, eager to see their handiwork get the green light to cross the country.

Google's Startup Google is looking to return to its startup roots, launching a new incubator, in-house, called "Area 120," says a story in The Information. (Subscription required). Employees can work on passion projects, with Google potentially funding them as separate companies. Google's had a long-standing policy of letting its people pursue their own projects, successfully. Ever heard of Gmail? Google News? These stayed in-house, of course. What could come from Area 120 is anyone's guess.