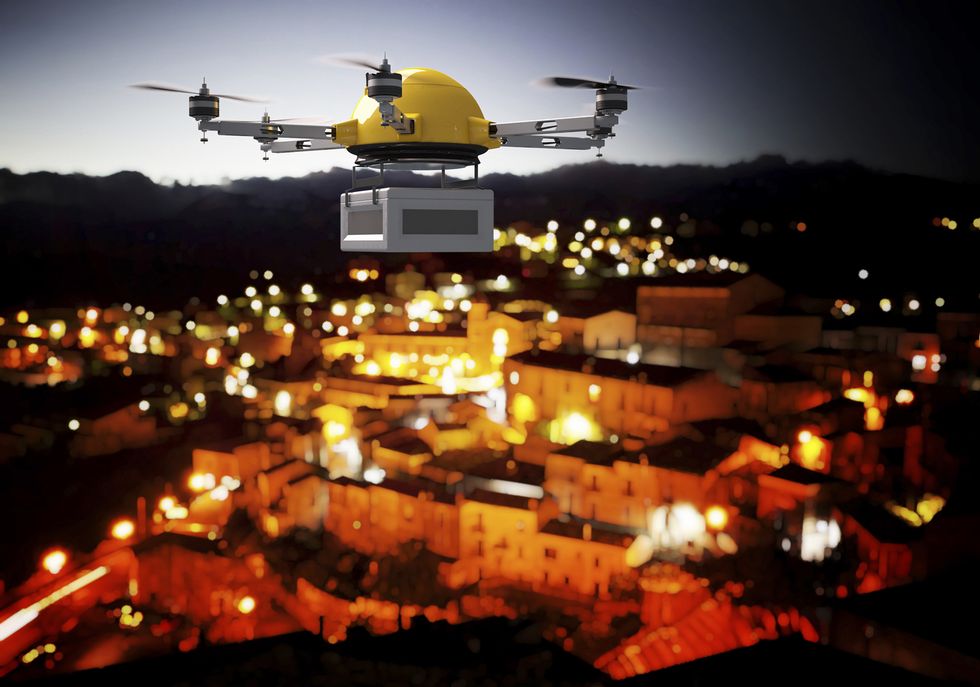 Gear up on five IoT news bites for Tuesday.

FAA Rules Leaked New FAA rules for commercial drones are now online—leaked by drone lawyer Peter Sachs on his site, dronelawjournal.com. Details? Remote pilots will need to be at least 16-years-old, pass an online test, and also pass a read, speak, write and understand an English requirement. Finally, drones will not be allowed to fly more than 400 feet above ground level. The FAA is expected to announce its new rules, officially, today.

The FAA will reportedly not allow commercial drones to fly more than 400 feet above ground level.

Acer Hack A breach by computer maker Acer has leaked more than 34,000 credit card numbers, according to a form letter Acer sent to customers. Those who made purchases between April 28 and May 12 from Acer's site this year from the U.S., Canada and Puerto Rico. (Via Engadget)

Sacramento Kings Get VR Fans of the Sacramento Kings will find virtual reality woven into their game experience when the NBA team's new stadium opens in October, says MIT Technology Review. High-tech tricks are studding sports stadiums around the country as franchises want to bring the latest in digital gadgetry to ticket buyers. U.S. Bank Stadium, home to the Minnesota Vikings, will have Wi-Fi hubs mounted along the hand rails so every seat will have Internet access. How VR will be used at the Kings' new stadium is unclear, (VR headsets in the higher seats?) but what is known is that the days of listening to a transistor radio while eating a hot dog in the stands are over.

Brits Don't Trust Wearables British workers don't trust wearables—at least in the workplace, according to a new report from PwC research. Just 46 percent of UK workers say they would take a free piece of wearable tech if they thought their bosses could access data on that device. Already two fifths say the don't trust their employer not to use that data against them. Notably, 59 percent of Millennials would be cool using a device like a smartwatch issued by their company—as long as got "a better work deal in return," the report says, compared to just 30 percent of those 55-years-old and over.

Fewer than half of Brits would take a smartwatch from their employer, concerned their data could be seen.

Want To Fly a Drone? While the business world waits for new rules on commercial drone use, consumers can hit the skies today. Still—the skies will be a lot friendlier if you still follow the regulations the FAA laid out, even for regular folk.