A new report looks at what happens when a drone falls mid-air into a crowd of people. (It's not good.)

Drone danger What happens when a decent sized drone falls from the air into people below? Lacerations, that's what. So says a new report, "Assure UASGround Collision Severity Evaluation Final Report," crafted by the Federal Aviation Administration that pulls together testing from 23 different colleges and universities on drones falling into crowds. The results showed that a drone like a DJI Phantom 3, (the standard sized drone weighs just under 2.7 pounds,) would cause punctures and cuts. Neck injuries alone would happen 11 to 13 percent of the time, according to the report.

Real people were not used in the studies. All data was pulled crashing drones into test dummies. The goal was "to determine whether a platform is safe to fly over people," reads the report. Of particular attention was the studies look at drone delivery systems: companies that want to send drones in the air with payloads. The report says that a payload of 5 pounds "...could cause serious injury." And drones carrying crop sprayers of 10 to 12 pounds could "do a lot of damage if they were to strike a person..." More details are here.

Virginia roads Unlike other states, Virginia doesn't have rules around self-driving cars. If a company wants to put them on the roads, they can. And they are. Fully autonomous cars are hitting public roadways in Virginia already today, although drivers must take control under certain circumstances, reports WTOP news.

Build-your-own robot Jimu TankBot kit is not a plug-n-play toy. But for those with an afternoon to spare—or those eager to get some coding under their belt—the build-your-own robot kit is an investment well-worth its $150 price tag. Our thorough review walks you through every step in how the product works—and why it works for children and adults alike. 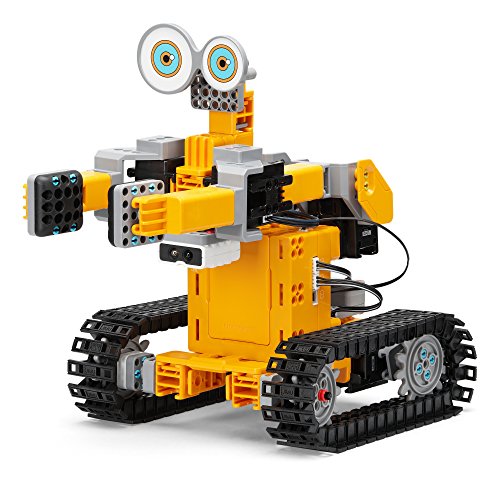