DJI has created a way to identify drones—and users—to law enforcement and other authorities.

DJI LicenseDrone maker DJI has come up with a personal identifier—a way to mark drones—but keep pilots and owners anonymous to the public. Congress demanded that the Federal Aviation Administration (FAA) come up with ways to identify drone pilots, along with the location of these flying bots. The problem is linking those details—but making sure only authorities have that information. That's akin to how car license plates work today. While each car is tagged, the average person can't look up a license number and know who owns the car, or its driver. That detail is key, believes DJI, as drone have been targeted, with some shot out of the sky, or attacked with a hatchet.

DJI wrote a white paper about its proposal, which the company sent to the Association for Unmanned Vehicle Systems International (AUVSI), as the FAA continues to collect proposals as well.The company believes its solution is not just elegant and simple but would also "...would also protect the privacy of safe and responsible drone pilots.." DJI said in a release.

"DJI understands that accountability is a key part of responsible drone use, and we have outlined a proposal that balances the privacy of drone operators with the legitimate concerns authorities have about some drone operations," said Brendan Schulman, DJI Vice President of Policy and Legal Affairs.

August Lock + Google HomeAugust Lock says it's now the first smart lock to work with all three major voice assistants including Alexa, Siri and Google Assistant. At GearBrain, we believe that voice-controlled smart devices are only going to grow. The ease of turning on and off features by just speaking aloud is too alluring. Smart tools, like smart locks, are looking to integrate with as many voice assistants as possible. 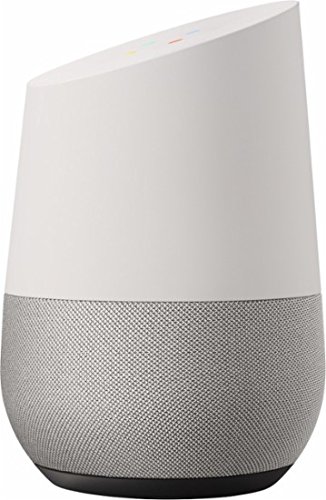 C-Wire SmartsSmart home products attract buyers with the idea of ease of use. Until you have to install something on your own—with wires snaking in your face. Smart thermostats are one of the more tricky smart gadgets we've found, requiring a little bit more than plug-n-play to get them launched. The culprit? C-Wires, or the so-called "common wire." Before you even think about buying your first smart thermostat, grab a cup of coffee and our story which walks you through how to find out if you have one, how to find out if you need one, and how to get help to make sure you install the right smart thermostat for your smart home.