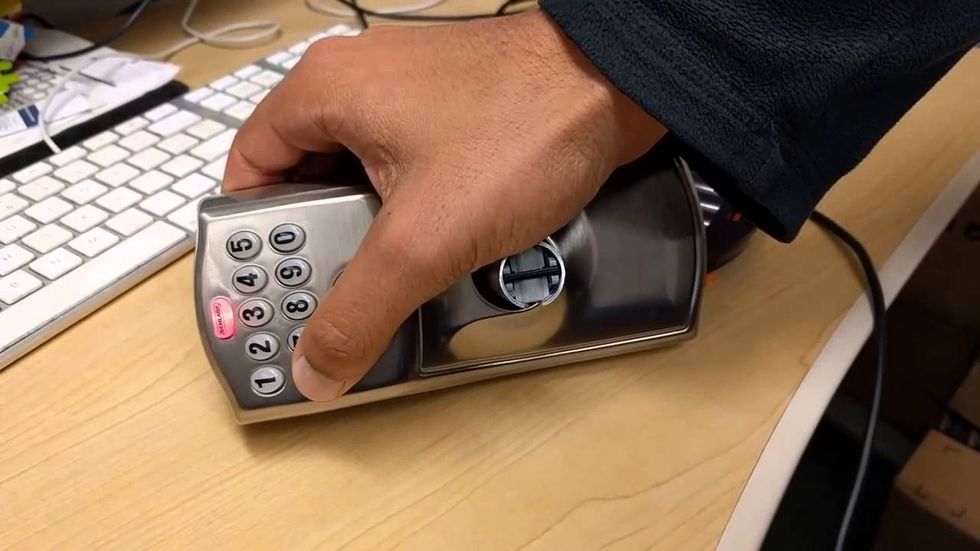 How Hackers Get A Welcome Mat To Your Smart Home

Security Smackdown False fire alarms and doors that unlock on their own? No, not a poltergeist. A hacker—or could be, according to researchers from the University of Michigan who uncovered weaknesses in Samsung's SmartThings system, according to a new paper. Looking at 499 of Samsung's SmartApps, researchers found that 55 percent are considered "overprivileged," they say. Meaning? An app, meant to do one thing, allows access to everything on that device. Besides tricking a smoke alarm to go off (when there wasn't a need), researchers also grabbed pincodes from a Schlage smart lock, then leaked them. Curious how they did it? Let the researchers show you.

Virtual Bedtime Samsung wants you to plug the kids in before bed—as long as that's to a virtual reality headset. A new app, Bedtime VR Stories, available for now just in the UK, lets parents tell their children bedtime stories virtually. With mom or dad wearing Gear VR, their child then snuggles into a Google Cardboard headset where they can share the same virtual world together.

Touch Anywhere LG says it has developed a fingerprint sensor so sensitive that the device is built into glass. For smartphone owners this would mean, potentially, the end of that button: the one you have to touch to open your phone. LG says the sensor is embedded .3mm into the bottom of cover glass for a phone, but gives no word when the technology would actually appear in consumer devices.

Apple Opens CareKit Developers can now get their hand on the code to build apps for Apple's CareKit. The service lets consumers collect their own health data and share with medical professionals—from their smartphone. Apple unveiled CareKit in March, but has only opened the software behind the service to a select group. Now any app maker can start building—with consumers expected to reap the rewards of their work soon.

Virtual Home Buying Tired of hoofing it to open house after open house? What if you could do a virtual walk-through instead? You can. Virtual reality apps are quietly upending the real estate market. While you can't close on your home virtually, yet, you can check out some select properties today.