It's time to have a (virtual) blast!

The Fourth of July will be here before you know it, and part of any Independence Day delight is watching beautifully colorful and mind blowing fireworks that will light up the moonlit sky. Not all of us live near a fireworks extravaganza. Yet we still want to experience the thrill. That's where virtual reality comes into play, to make the fireworks sparkle right before our very eyes. No need to leave the house or even look out the window. These VR options are just as magical, if not even more, than the real thing.

Head over to Google Play and for just over a buck, you can download a VR fireworks app— Fireworks VR One - that's sure to put a celebratory spark in your July 4th festivities. Watch unbelievable fireworks shoot off in space while jamming to two upbeat techno music tracks. The colors and displays against a starlit sky will impress and you won't feel like you've missed out on the real deal.

VR Music Fireworks is designed for the Oculus Rift.Via forums.oculus.com

With the Oculus Rift, you can experience a VR fireworks display set to music with visuals that will amaze and excite. See the fireworks over the water and above the city buildings with VR Music Fireworks – Music Visualization. The spectrum bars are unique and the colors are vibrant and awe-inspiring. They are synched automatically to accompany the explosions and you won't be able to take your eyes off the impressive display and creativity. 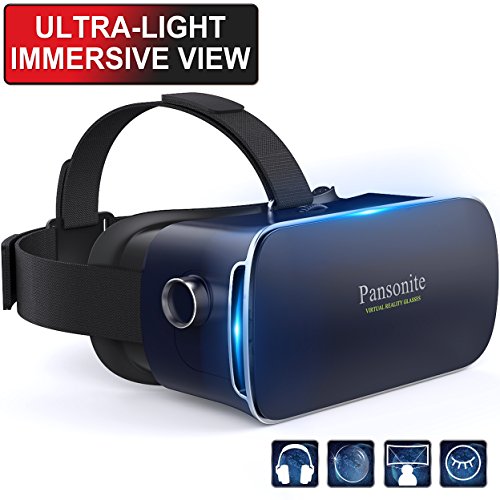 With Pyro VR, you can create your own fireworks masterpieces using your wildest imagination paired with the innovation of the VR program. Create fireworks sequences, lights, and sounds to observe against the clear evening sky. The cascades of light will have you in awe as the VR world makes the experience feel like you're amidst the real world action. The full line of virtual explosives and pyrotechnics will allow you to create different scenes all perfect for the VR and fireworks lover in you.

Fireworks over the Statue of Liberty is possible even if you're not in NYC.Via youtube.com

What better way to celebrate July 4th than with Lady Liberty herself? The music-driven Fireworks Lady Liberty will make you feel like you're right there with the impressive monument as you observe the sky and city skyline as they burst with the colors and sounds of fireworks displays. The views are astounding and the show looks as realistic as a fireworks display would if you were really there. The clear sky allows the fireworks to shine and light the midnight blue sky with all the colors of the rainbow, and then some.

Fireworks Show VR is a display over the open sea with a full moon.Via fireworksshowvr.com

With Fireworks Show VR, you'll observe an amazing synchronized fireworks display over the open water, in high-def. The accompanying music will make the show even more exciting and the reflections of the fireworks onto the water are mesmerizing and super-realistic. This show can be viewed from all major VR platforms and is now available before the Fourth of July for those with Google Cardboard. Only the moon shines brighter than the artful fireworks displays in this show stopping display.

Download the Fireworks Bang New VR free app and simulate fireworks for the Fourth of July. The shapes, colors, sounds, and explosions will have you feeling like you're in the heart of a real show under the evening sky. The variety of explosives are at your fingertips (virtually, of course), and the hand-held fun is only as limiting as your imagination. Stay home this July 4th and create your own show.

Under a starry sky in the faraway desert, Fireworks Desert Blast will be a blast for those seeking a VR fireworks experience. Launch the explosives into the open air and watch as they illuminate in the dark sky above. The perfect crystal clear night is rare in the real world, but thanks to VR, the sky is calling for a fireworks show unlike any other.

Along with endless VR fun, you can always tune into TV (live on NBC) or head online to see the annual Macy's 4th of July Fireworks! You can even follow the fun on Twitter and Instagram with #MACYSFIREWORKS.

Have a happy and safe Independence Day!