Controlling your smart lights has normally be done via your smartphone (app) or voice control with a smart speaker assistant like Google's Nest Hub. This past May, Lutron introduced the Aurora Smart Bulb Dimmer, a wireless, battery-power dimmer which you mount directly over a toggle switch to control your smart lights. You do need to have smart lights that are compatible with Lutron, such as Philips Hue or other Zigbee-certified smart bulbs. This new CES Innovation Award-winner dimmer switch allows you to control your lights from wherever you want to mount the switch in your home.

Today, Lutron is announcing new easy mounting options for the intuitive rotary-style dimmer. The new Aurora Wallplate Bracket lets you easily replace a decorator-style opening dimmer or switch with an Aurora smart bulb dimmer. Simply turn off the power, remove the paddle switch or dimmer from the junction box, cap the wires, and mount the wallplate bracket and dimmer directly over the opening using the two provided screws.

Or for even more convenient control, use double-sided tape to wirelessly mount a Lutron Claro Wallplate and Aurora smart bulb dimmer to any wall surface – perfect for anywhere a switch or dimmer doesn't exist, but control is needed. 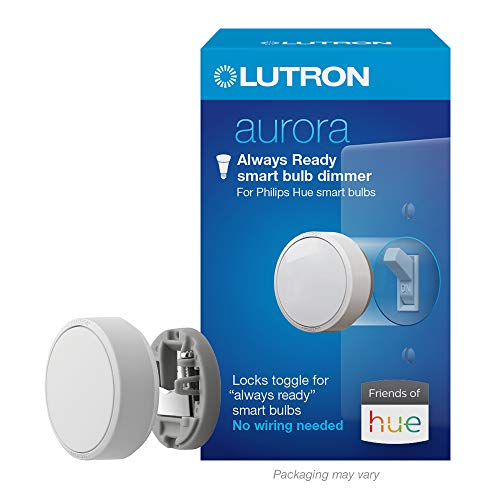 "These new options offer even more places to use the Aurora smart bulb dimmer," said Matt Swatsky, Vice-President, Residential Mid-Market Business at Lutron. "The Aurora dimmer has earned strong reviews and a positive reaction from customers," he said. "Now, with the Aurora Wallplate Bracket, Lutron has expanded the capabilities of this remarkable technology."

Available in white, the Aurora Wallplate Bracket will be available in March at select retailers with a suggested retail price of $10.

GearBrain has tested similar smart switches like the Aurora dimmer. Depending on the room you want to control, these smart switches give the user a lot of flexibility for control. We will be testing the Aurora Dimmer switch over the next few weeks in a real home to see how it performs. In the interim, if you have Philips Hue or Zigbee-certified smart bulbs and would like to add a dimmer switch, the new CES Innovation Award-winning Aurora smart bulb dimmer is one you should definitely consider adding to your smart home this year.

Check out The GearBrain, our smart home compatibility checker to see the other compatible products that work with Lutron. 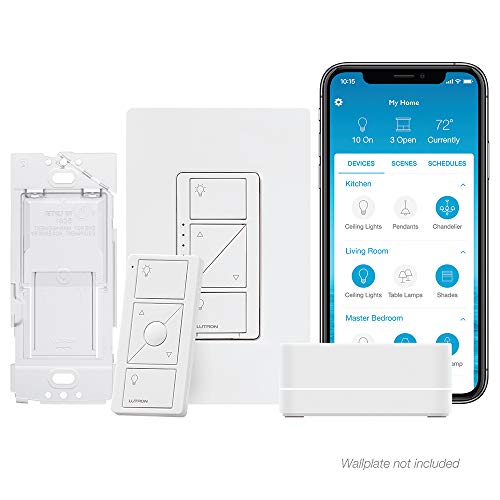