Sonos is planning to announce yet more new products this fall

It's fair to say Sonos has had a busy year. The premium audio company has added the Google Assistant to its products, launched ceiling and outdoor speakers, and formed a partnership with Ikea.

But 2019 isn't over yet, and now Sonos plans to show off some new products at the end of the summer. Invitations are being sent out this week to an event in New York City spanning August 26 and 27. And, according to Engadget, Sonos is also hosting briefings in Berlin on September 4 and 5, just days before the city plays host to the huge IFA technology show.

Sonos hasn't given any hints as to what it has in store. But by looking at its current product range, we can certainly make some informed guesses.

The entry-level Sonos One received a small update earlier this year, so any changes there seem very unlikely. Similarly, with the recent launch of its bookshelf and lamp speakers in partnership with Ikea, also at the lower end of the connected speaker market, we doubt Sonos will release anything in the sub-$200 bracket for a good while yet.

The Beam sound bar also feels too new for an upgrade, and only just gained Google Assistant functionality.

Sonos' oldest products are the Playbar sound bar and the Play:5 speaker. Neither of these have microphones or voice assistants, and so could be due an upgrade to bring them in line with the rest of Sonos' connected speaker range.

The Playbar and older Play:1 missed out on the upgrade to Apple AirPlay 2 last year, so this would be a good place for Sonos to start. But two days of briefings in two cities, on the eve of Europe's largest technology show, would suggest more than a small update to existing speakers.

In January, Bloomberg reports that Sonos was working on its first pair of headphones. These wireless, over-the-ear, circa $300 headphones were said to be in the early stages of development at the start of 2019, and at the time it was reported they could be launched in 2020. Perhaps Sonos has accelerated their development to meet a fall 2019 deadline.

Otherwise, a truly weather-proof wireless speaker for outdoor use would be very welcome, thus taking the company away from the connected home for the first time. 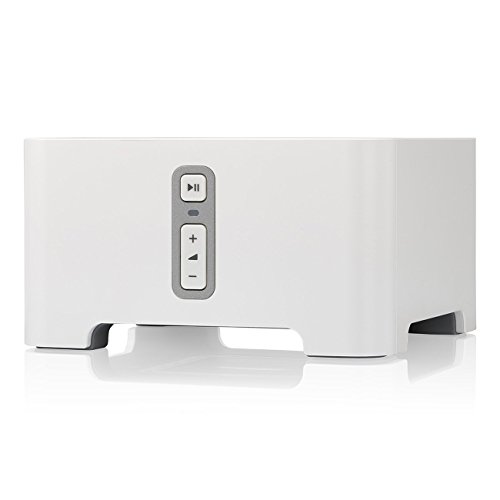