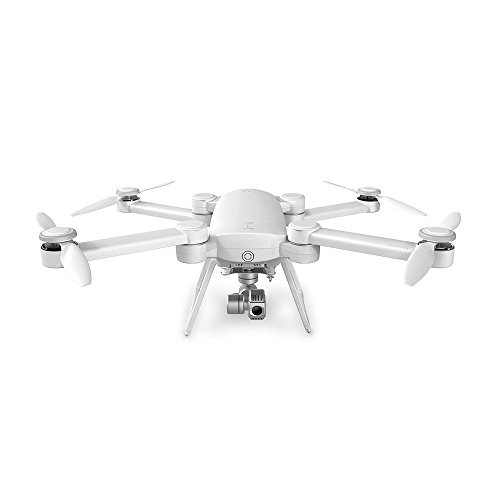 Pros: More powerful with longer flight times and at $959, it's a better price point than other drones in it's category.

Cons: Not necessarily a negative, but you do need to register the drone with FAA.

As a freestyle and racing drone pilot I generally prefer to build my own multi-rotors. But when it comes to arial photography drones it is almost impossible to build in all the features the GDU BYRD Premium boasts.

With its preprogrammed flight modes, 4K video camera with three-axis Stability Augmentation Gimbal on a vibration isolated mount, and features like auto take off, return to home, follow me, and GPS stabilization this drone comes out of the box ready to take you on an amazing nearly 30-minute journey while providing professional quality photo and video recording. But bear in mind: this drone requires you be an FAA registered pilot and operate it in a safe manner.

The ProDrone GDU Byrd Premium comes beautifully packaged in a reusable carry box with foam padded zip case for the camera and gimbal. After unpacking the drone and accessories, use the included dual charger to breathe life into the transmitter and 7000mAh 4S flight battery while you read the instructions thoroughly—at least the quick start guide. Then install the ProDrone app on your smartphone or tablet.

Once the batteries are charged calibrate the BYRD by flipping the flight mode switch back and forth. That puts the drone in calibration mode. Then rotate the drone around you as described in the manual. Now you can bind the drones Wi-Fi to your device and prepare for take-off.

The first thing I noticed was how smooth the motors rotated once armed. I chose to takeoff manually for fear of it launching too high on it's own, Auto take off is only 3M high, but be aware that the 'return to home' mode will bring the drone up to 20M before landing.

The drone hovered in place nicely and responded correctly to all stick inputs to raise and lower the drone, move forward and backwards, left and right, and rotate in place. GPS was eerily accurate while testing in my yard and even showed my current car, plus another car I sold last year (Google Maps are always at least a few months behind). I also found the video very clear, especially compared to the analog signal of my race drones.

Next I went to a nearby baseball park to really let the BYRD fly. Again I manually took off and went up 20 to 30 feet to make sure everything was working properly before I ventured out to centerfield from my seat behind home plate. After a little sightseeing I moved the drone towards right centerfield and the drone either lost radio signal or the wind overpowered it, because the next thing I knew the drone clipped a branch and plummeted to the ground. 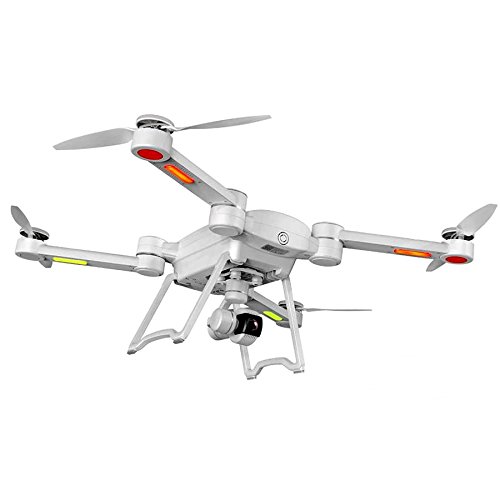 At first glance, amazingly it looked fine, minus one chipped propellor. Unfortunately something inside must have broken because it would not arm—or fly—again. I am an experienced drone pilot but will not rule outside error. Here is the video of it's sadly first and last flight. I have flown at this park many times and know all hidden obstacles—particularly trees. In the video I see the drone becoming unresponsive and drifting towards the tree, so I think it either lost signal, got blown by the mild wind, or had some sort of GPS malfunction. (Facebook had a similar malfunction recently with its drone downing from wind blast.) Overall this drone looks to deliver for the price assuming you don't wreck it like I did.

Finally, keep in mind this is not a race drone but the Byrd flies fast enough to have fun with outside. And yes, this is absolutely an outdoor drone unless you own a full size basketball court with 60 foot ceilings! With it's GPS capabilities you could probably fly higher than the allowed 200m regulation, but I myself prefer to stay well within that to be safe.

Byrd is as easy to get up and running and calibrated as other drones in it's category. Aside from unpacking all the bits and charging the batteries, the preflight calibration takes no more than three minutes. The drone comes with great packaging which doubles as a secure carry box, and folds to fit in a backpack—even though the fully expanded drone is rather large. I think ideally Byrd is good for anyone looking for a pro-grade arial video platform, has good power to weight ratio and is very powerful, can hold a charge to allow up to 29 minutes of flying, longer than any in its class.

-Jeremy Wyckoff is GearBrain's drone review and an expert FPV and freestyle drone flyer, builder and racer. Wyckoff's spends 4 to 6 hours a week flying drones, including five that he built on his own. He recently reviewed an Aerix nano drone for GearBrain. 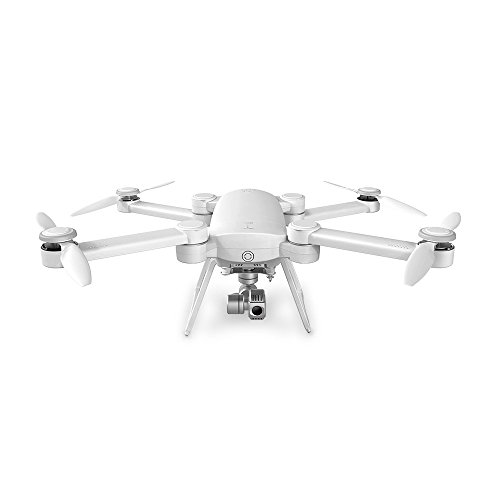