Roku is building a voice assistant too

Look, another smart device you can talk to at home

Roku is getting into the smart speaker space — building a voice assistant that the company hopes other device makers will adopt and install in their products too.

Tagged the Roku Entertainment Assistant, this is not going to be an Alexa competitor. (You're not going to order groceries with Roku.) But the idea is similar: people will able to talk to Roku ("Hey Roku") and ask the entertainment system to play a movie, music or anything the device streams. Third-party companies will be invited to install Roku's voice assistant through a free download of its upcoming Roku Connect.

Roku hopes to have the voice assistant up and running by this fall, pushing it out first to "most Roku TVs and players," says the company But the first device under the new Roku Connect system will be unveiled at CES next week.

Competing with Amazon Fire TV and Apple TV, Roku is one of the better known streaming media services that have helped to push consumers to cut the cord, so to speak — dropping cable for devices and apps, like Sling, that stream content directly to their TVs. The top six cable companies lost nearly 290,000 video subscribers in the third quarter of 2017 — more than three times the 90,000 subscribers who dropped their pay-TV services in the same quarter of 2016, says the Leichtman Research Group.

That shift is coinciding with technology that lets consumers control their devices with just their voice. Roku, bringing this ability into its device, is looking for a way to make its service just that more sticky with users.

"Consumers will love the benefits of a home entertainment network, such as having more affordable options, adding one device at a time, using their voice, having a simplified set up and Wi-Fi connectivity, and holding just one remote control," says Roku CEO Anthony Wood. "We've always focused on making it incredibly simple for consumers to find and enjoy streaming entertainment on their TVs, and with an expanded Roku ecosystem, consumers will be able to add great sound to their TVs and audio around the whole home in a modern way." 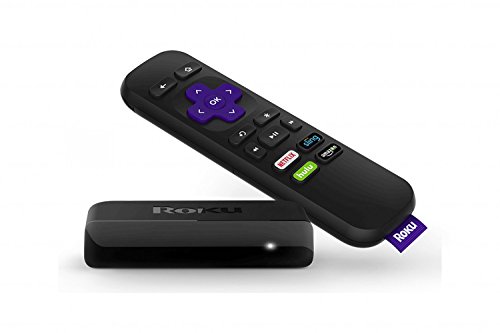