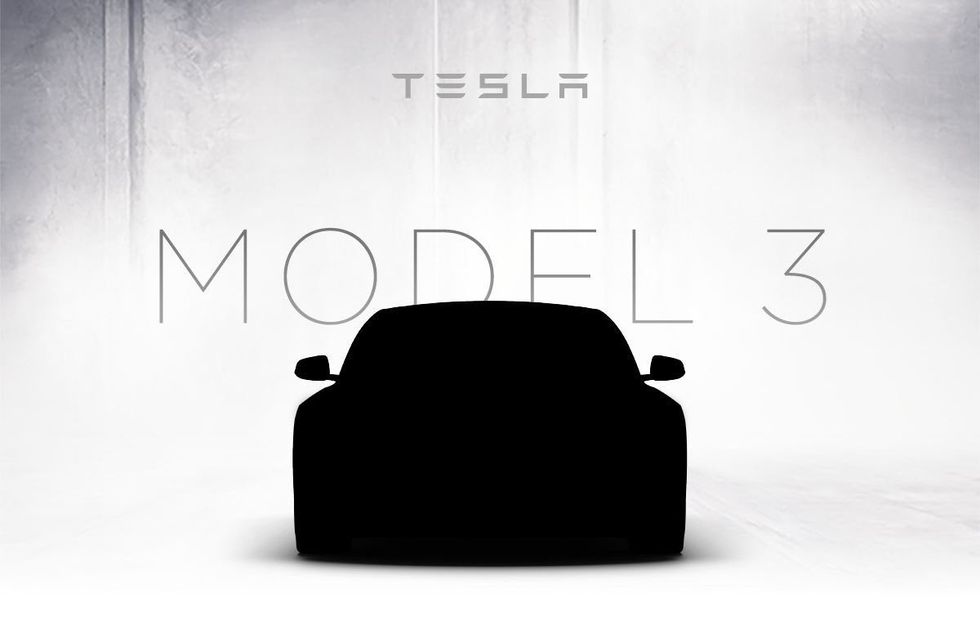 Tesla Buyers 50-People+ Deep. More than 50 people were standing in line at Tesla's Dublin, CA. store to get their names on the Model 3 preorder list, Tesla's $35,000 "affordable" electric car, according to a Facebook post from tech evangelist Robert Scoble at 2:36 am PDT today. Scoble? He says he's in the number two spot. (Note: The car doesn't even go into production until 2017.) Tesla's founder Elon Musk tweeted that the "unveil" of its latest model will be tonight at 8:30 pm PDT on Tesla.com.

Apple In The Dark. Apple may never know how the FBI cracked its code. Although the technology giant would like information on how the agency unlocked the San Bernardino shooter's iPhone—and a government policy reportedly on the books that says the FBI should disclose—that doesn't mean the FBI will, says Reuters.

Make Your Own VR. Google just posted simple DIY instructions on how to create—then post—virtual reality video to a web site from 360-degree content. Details are on the Google Developers site, and no it's not quite plug and play. (There's some code involved.) But with inexpensive VR devices popping up like daisies, we seem to be heading to a world where VR will be quickly ubiquitous.

Tay's Back...And Gone. Microsoft let Tay out of her timeout yesterday for a brief moment—just enough time for the bot to send a flurry of tweets to her followers saying: "You are too fast, please take a rest..." Over and over and over. (The tweets appeared to be pulled already.) That didn't seem to sit well with Microsoft, who shut down the misbehaving AI program. Again. No word when Tay will get a third chance.

Shell Oil Saves $1M With IoT. Thought the Internet of Things just helped you lower your blinds or answer the door when you weren't home? Businesses are also putting IoT to use, like Shell Oil which was able to use the tech to monitor oil pressure and temperature changes on its fields, saving the company $1 million. Sure its parent, Royal Dutch Shell, had revenues of $265B in 2015. But in today's declining oil market—every penny counts.