Gear Up On Five IoT News Bites For Friday

Tigers Munch Drone You know what stronger than a drone? Tigers. Especially Siberian Tigers in China who track with stealthy focus a flying drone, then pull that mechanical prey down. There's really no contest between a streak of tigers and a plastic whirligig. But the drone does give one last kick—a puff of smoke that cause these felines with fangs to pause. This is actually done on purpose in Heilongjiang Province. Sadly, some reports state that this may be a Tiger farm, which sells the Tigers for their fur and their bones.

Air Map Maps of roads, trails, streets: old hat. Maps of the skyways? These are not something consumers can usually put their hands on readily. But a company called AirMap is changing this, giving drone operators a way to publish their flight plans, and let others view those as well. AirMap may be looking even further afield—to flying cars—hoping to put its air mapping abilities to use then. Microsoft must believe in the company's ability as its venture capital arm just led in a $26 million round of funding for the California-based AirMap. (Via The Verge)

Tesla 3 Tesla looks to be pushing back the release of Tesla 3 until July—and selling some early models to employees as their test drivers. So says a story in Seeking Alpha which reports that Tesla is saying an unveil event around the new model will happen in July 2017 "or so," says the story.

Midwest LyftLyft is widening its reach, and the number of cities where people can call up its ride-sharing cars. New cities (there are 54 more) now include Ames, Topeka and Fargo down to Pensacola in Florida and across to Amarillo in Texas.

Cujo's Charm Cujo gives off a cute, smiling face when it can tell your Wi-Fi network is secure. Getting there? Not the easiest process. But not to worry as we walk you through every step of connecting this Wi-Fi policeman so you can ensure hackers are kept at bay. 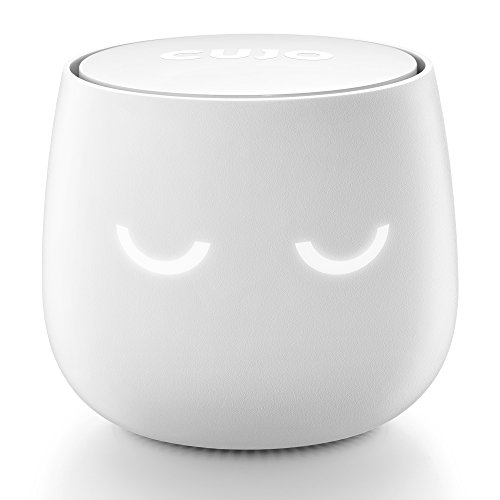