Meet Sedric We're not sure why Volkswagen has decided to name its self-driving prototype Sedric.** But of more interest is the decision to detail the vehicle with a face (via lights and a grill) that looks a little panicked and angry—not the image you want to convey in your car. But that's the design of poor Sedric which was unveiled at the Geneva International Motor Show as a fully autonomous vehicle. You can't drive Sedric: there isn't even a steering wheel, brakes or anything that will let you take control of this ticked off creation. But inside its pure luxury, as close to an airline lounge on wheels as you're ever going to get. Well, you're not going to get it, because Sedric is not going to be on the road anytime soon. This is just a concept. Yet as we've said before, the autonomous car is going to be a reality. Whether it's Sedric? That's another story.

**EDIT: We recently heard from Johann Jungwirth, Volkswagen's chief digital officer via Twitter how the name Sedric came about. He says: "We created the name Sedric from the abbreviation of Self-Driving Car (Se-dri-c), a great name." Got it.

iPhone 8 (Again) A new report says that Apple will adopt OLED screens for all their iPhones by 2019, starting this year with the rumored iPhone 8. Currently iPhones use LCD displays. LCD displays requires backlighting to make images visible. With OLED, its pixels produce their own illumination. And yes, you'll pay heavily for the new technology, with the iPhone 8 expected to start at $1,000. (Via MacRumors)

Fitbit Sleep Fitbit launching a new fitness wearable: the Alta HR, which will not only include a heart rate monitor but also a sleep tracker on Fitbit's upgraded app. The device is slim like the original Alta, and is not yet out: you can pre-order the wearable for $150 in its four standard colors, and $180 for a rose gold plated, or stainless steel model. Fitbit hopes the new device will helps surge sales as interest in fitness trackers appears to wane.

Smart Condom Yes, you read that right. i.Con may be the world's first wearable tech for the boudoir. The device is a ring worn during the deed that measures details including frequency and duration. (Yep.) The i.Con is of course not yet available, but you can register your interest online and the company will let you know when the £59.99 device is ready, and able. (Via Huffington Post) 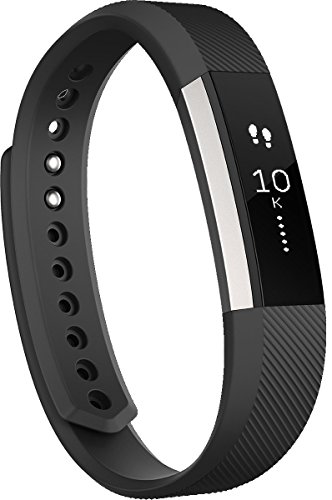