The worst kept secret in tech news, the 10th anniversary iPhone is said to be the most expensive Apple smartphone yet.

iPhone 8 Finally (finally) we have a date for the iPhone 8 reveal of Sept. 12th. So says The Wall Street Journal, which reports that not only will Apple unveil its newest smartphone, but a 4K Apple TV and a new Apple Watch as well. This year marks the 10th anniversary of the first iPhone, and all bets have been on Apple launching a device that transcends anything Apple buyers have seen yet. Rumors say the iPhone 8, which has still not been confirmed by Apple, will have edge-to-edge OLED screens, a virtual home button, and even facial recognition that will unlock the device. While the Cupertino, CA-based tech giant hasn't officially announced any event, Apple traditionally holds events in the fall to launch new devices like the iPhone.

Apple's iPhone 8 may not only move the needle in what a handheld smartphone can do, the device is also rumored to be the biggest and the most expensive the company has ever released, with numbers floating near $1,000. With Apple's popular laptop, the MacBook Air, priced at $999, a four-figure smartphone is hardly going to be an impulse buy for most consumers. But Apple has a strong track record with its iPhones, with the iPhone 7 selling more units than any other Apple smartphone as of January 2017.

People can usually start buying new iPhones about a week after they're announced. But earlier reports have said the iPhone 8 will have limited production for 2017, with more availability in 2018. Two new models of the iPhone 7 are also expected to be revealed at the Sept. 12th event. While Apple has yet to announce any of the devices, we're fairly confident this is the worst kept secret in tech today.

Hive behavior British Gas launched its smart home system, Hive, for the U.S. and we spent some time on the entire system. Fair to say, the devices challenged our reviewer, who went through, point by point, on what he uncovered. Before signing up for its monthly service, take a few minutes to scan our reasons for why Hive may, or may not, work for your home. 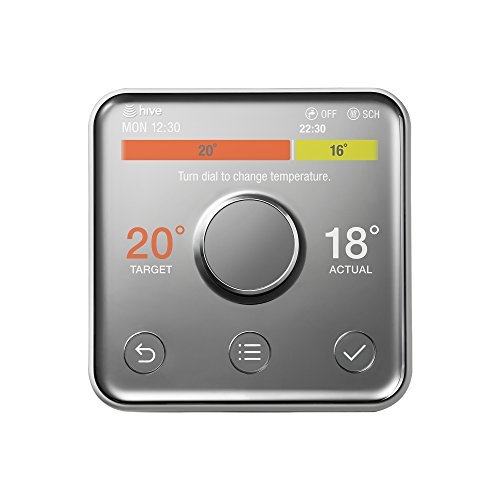