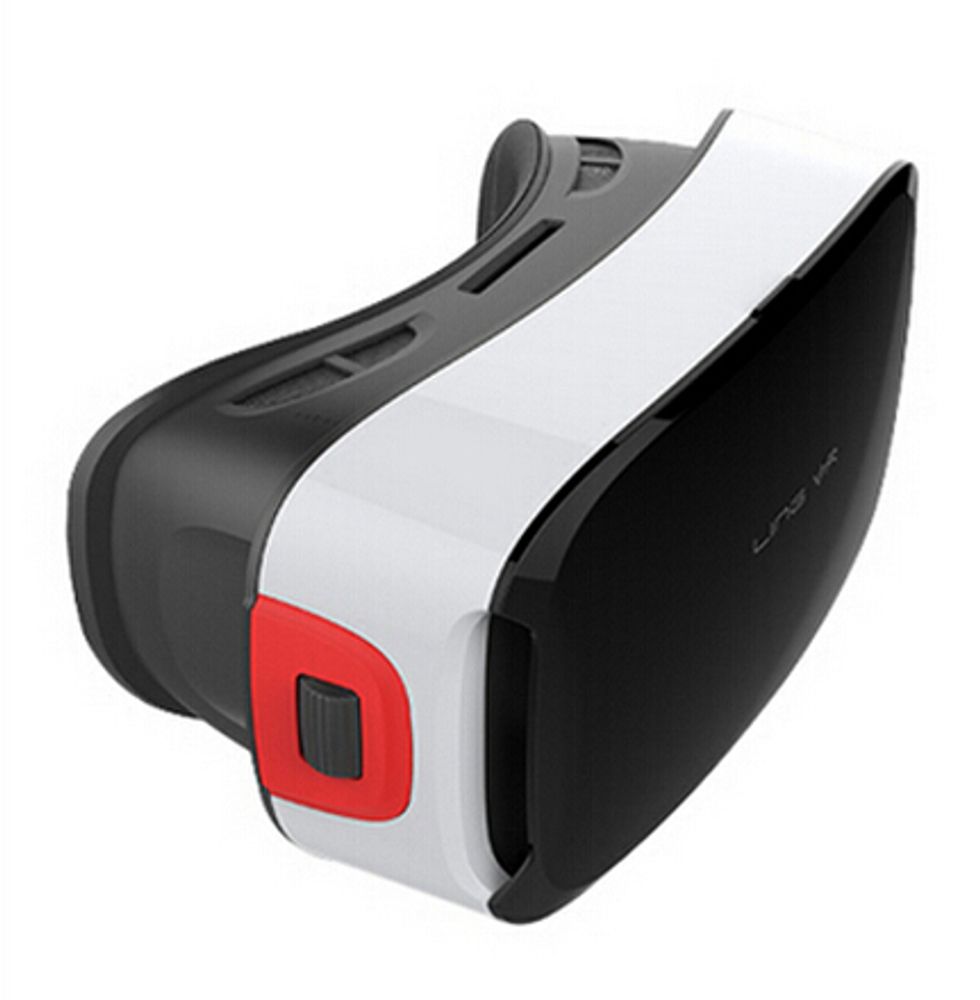 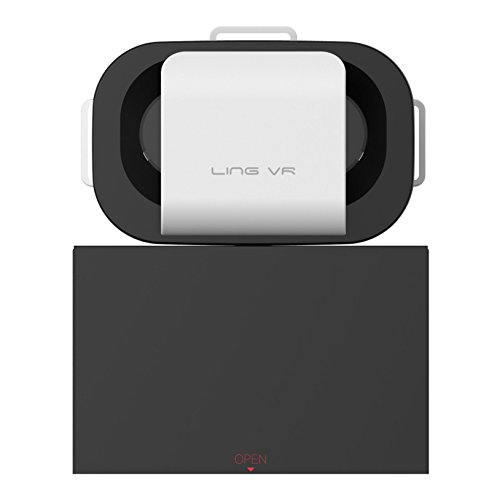 If you like the looks of the Samsung Gear VR headset, but not the fact that the device only works with a handful of Samsung phones, the Ling VR headset might be for you. This is a good general-purpose headset for gaming and watching videos.

Ling VR works with all late-model smartphones, both Android and iOS, with screens up to 5.7 inches in size. The headset can run all of the hundreds of Google Cardboard apps plus thousands of virtual reality videos available on YouTube.

An updated version, the S1, just came out this fall with improved lens adjustments and anti-fog features, and is currently available from AliExpress for less than $50 and from DHGate for $79.

What makes the Ling VR headset less expensive than the Gear VR is that — like most Google Cardboard-compatible headsets — the Ling VR is just a case with lenses. By comparison, the Gear VR has extra electronics and sensors, and a built-in touchpad on the side of the set. Yes, the Ling VR does not even have a built-in button. But the device does come with a Bluetooth controller. The official field of view of this headset is 90 degrees, which is about the same as the Samsung Gear VR.

Backed by Chinese ecommerce giant AliBaba, the Ling VR has raised nearly 3 million yuan (US $434,000) in a fundraising campaign this past spring. Plus, the headset has been garnering excellent reviews in China's local media, despite a very crowded local market. China Daily, for example, ranked it as one of the eight best headsets this year.

My Ling VR did not come with an official QR code, so I made my own. Why is this necessary? The QR code is used to tell the smartphone how far apart the lenses are, and how curved they are, so that the image can be properly adjusted. With the wrong settings, the left- and right-hand images won't line up right, or the picture will be out of focus.

My only other quibble with the Ling VR — and it's minor — is with the latch that holds the smartphone in place. Here, the latch is a tiny plastic piece which seems a little fragile. In addition, switching apps requires access to the screen of the smartphone, which means that you have to take the phone out of the headset.

Eventually, we might have a virtual environment for Google Cardboard that allows us to switch apps without taking the phone out of the headset. Until then, be prepared for a little awkwardness. 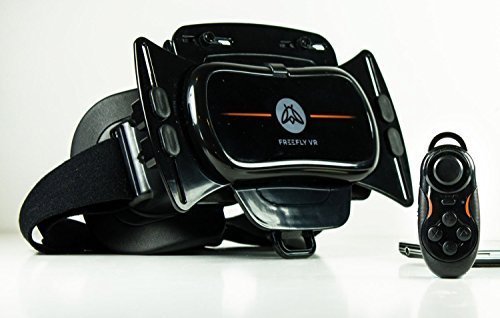 The Freefly VR headset, at $85, is made by a company based in England, has a strange winged design. But if the look doesn't scare you off, you'll find a lightweight set with an impressive 120-degree field of view.

In theory, that's quite a bit wider than the Ling VR but, in practice, I wasn't able to see a significant difference in the picture. Plus, the Freefly lenses are not adjustable, and the headset doesn't fit over glasses so, for me, it was a little bit out of focus.

Now for the specs. The Freefly VR weighs about eleven ounces, or an ounce less than the Ling VR and, like the latter, comes with a Bluetooth remote. The device can also hold phones with screen sizes of up to 6.1 inches. Both headsets have straps for hands-free play, but they can also quickly get uncomfortably warm because the padding fits so tightly around the face.

The biggest problem with this headset, other than the lack of lens adjustment, is the mechanism that holds the smartphone in place. There's a button at the top of the outside lid that snaps the two wings out wide, and a latch at the bottom that opens it up. Once you put your phone in, you push the two wings back together to hold the phone in place, make sure it's centered, then close the lid.

This is not intuitive. In fact, if I don't use the headset in the previous month or so, I have to look up the manual to get reminded about how to get it adjusted again.

Like the Ling VR, the Freefly comes with a Bluetooth controller that has to be paired with the phone, But you might need to do a little bit of hunting around to find apps that work with the device.

Many Google Cardboard apps today are created for lowest-common-denominator headsets, and assume that there is no controller at all. So, for example, you would stare directly at an in-world object until the item is highlighted in order to activate the headset, pick up the object, or move in its direction. That works well for slow games, for virtual tours, and for videos but not so much for action games — not a plus.

However, either headset would make a good holiday gift alternative to the Samsung Gear VR. But I would give the edge to the Ling VR for its sleeker style, adjustable lenses are adjustable — and mainly because the headset is currently available for order. The Freefly was on backorder from its company, but now available for less than $70. You can also get it Amazon for slightly more. (Note: if still not sure which vr headset to get, you can also check out GearBain's Best VR Headsets For Under $100 or watch the video below. You can also check out GearBrain's 11 Best VR Headsets or 11 Questions About Virtual Reality Headsets Before You Buy. Either of these articles will help you find the right VR headset that meets your virtual reality viewing needs today.)