Do you have to tip room service if it's delivered by a robot?

LG likes the robot game. Just one year after pushing robots for airports, the South Korean-based electronics company is debuting new robots meant to bring you the morning paper and late night munchies to your hotel room. Called CLOi, the robots are more like rolling baskets, designed to hold a variety of items, and work in grocery stores and airports too.

CLOi, a new line of robots for LG, will be officially unveiled at CES 2018. But putting robots to work in hotels is not a new concept. Savioke launched Relay, a line of hotel-based robots last year, already at work in hotels including Marriott's Residence Inn. The Hilton piloted a robot concierge named Connie (for founder Conrad Hilton) at the Hilton in McLean, VA last year. While your local motel may not have a digitized front desk worker today, signs point to these positions eventually staffed by digitized folk.

We're used to tipping service workers in our lives. Who hasn't entered a coffee shop in the past two years without a tip jar planted directly in front of the register? (A bit off-putting at times when we're just dropped $6 on a foamy brew.)

As robots enter our lives they may not be our friend (yet)— but they do want to serve us room keys and morning coffee. And the idea of adding a gratuity to these services is questionable. Even Savioke plays up the "no tipping required" on its website.

LG is clearly putting down anchors in the consumer robot field. While not designing electronic workers that will watch your child, its robots are meant to interact with the public at large. The CLOi serving robot will open up to serve food and drinks via a sliding tray at hotels and airport lounges. The CLOi porter robot can check-in guests, deliver luggage, and even take payments at hotels. Finally, the CLOi shopping cart robot has a built in barcode scanner to read prices at the grocery store.

Some of LG's early service robots first debuted at CES 2017 — an airport guide and a cleaning machine that are currently installed at Incheon International Airport in Seoul, South Korea.

LG's newest line will also includes robots that can take care of the grass outside your home, the CLOi lawn mowing robot, and another information bot called the CLOi hub robot. 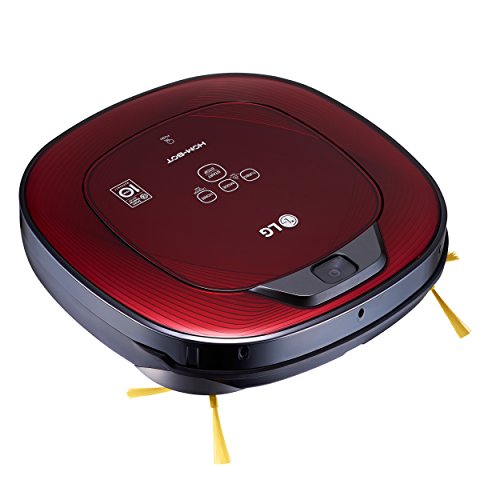