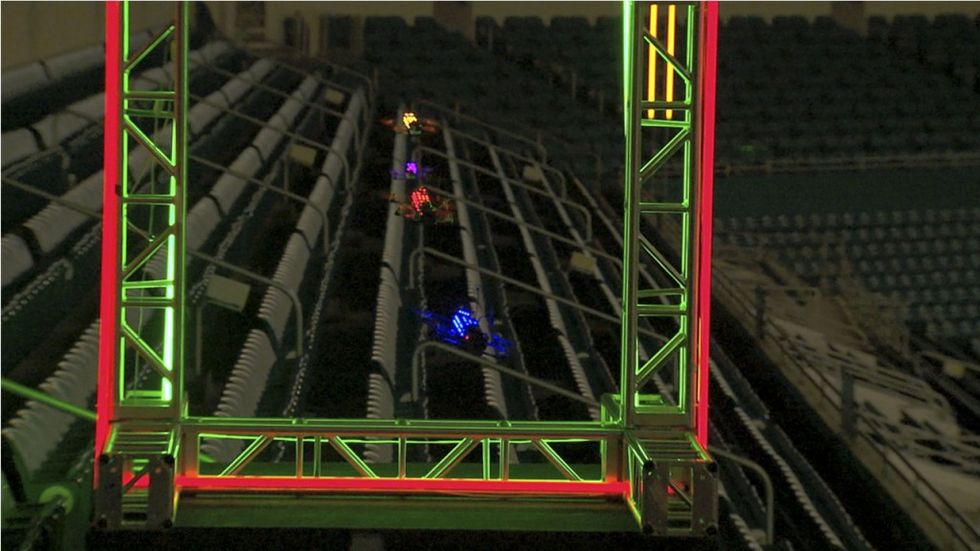 Gear Up On IoT: Drone Racing League + Hackers Spy On Your Baby, And You

Thought drones were just for weekend fun? Meet the Drone Racing League — or the DRL — which will hold six races a year, with drones that fly at 80 mph or more. The first event will take place February 22 at the Sun Life Stadium, home to the Miami Dolphins. But lest you think you and flying copter have a shot — the DRL is invitation-only for now.

Guess what? You were paranoid that someone might be hacking into your baby monitor. Now New York City's Department of Consumer Affairs is validating your suspicions and taking it one step further, warning parents to secure their monitors — even turn the devices off when not in use.

UK-based Hive has launched its smart plugs, motion sensors and other smart devices this week. They all work off Hive's network called Honeycomb. While not yet available in the US, Hive, a spin-off of British Gas, is looking to compete heavily with Nest, and its smart home devices. Hive already has a smart thermostat on the market, which it released last year.

Google Cardboard has been shipped more than 5 million viewers in the last 19 months, says Clay Bavor, Google's VP of Virtual Reality on Google's blog. The inexpensive — can we say cheap? — VR viewers are likely growing because of their low-price point. Either way, numbers released by Google reveal strong excitement around the device: More than 750,000 VR photos have been taken with Cardboard Camera to date. Plus consumers have downloaded more than 25 million installs of Cardboard apps from Google Play.

What does your sweat say about you? Plenty it seems. Researchers from the University of California, Berkeley have constructed a wearable that reads those details from electrolytes to glucose — all without breaking the skin. Who knows? Your next workout may one day double as your annual medical exam.