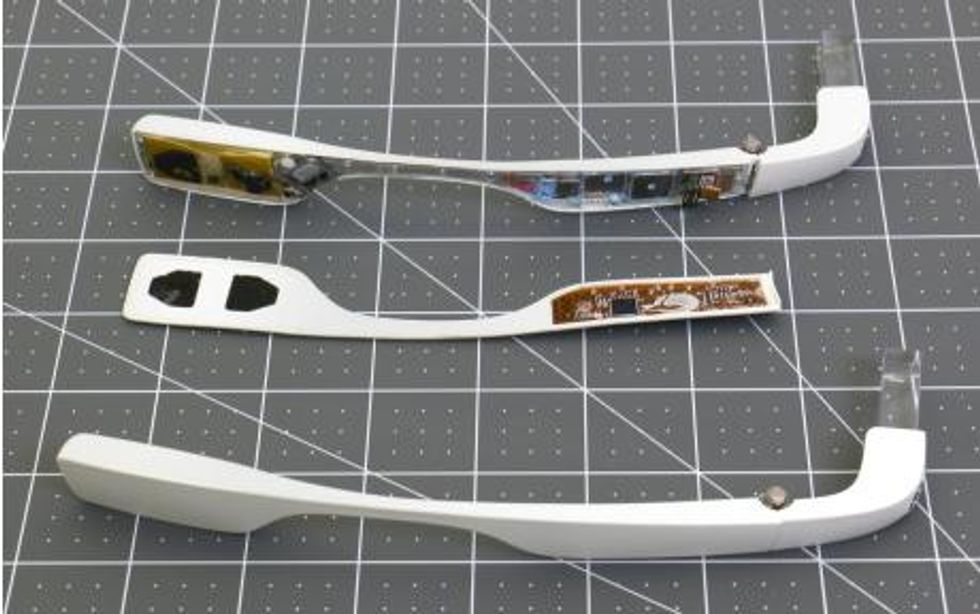 Google Glass is hardly dead. Despite the aggressive reaction to early Glass adopters (who earned a colorful moniker), the device appears to be coming back with a Round 2.  A new FCC filing from Google revealed a streamlined design. Images show a one-armed device  — without any indication of how Glass 2 may be worn. Perhaps being tucked behind the ear rather than wrapping across the face as in its first iteration? Too soon to tell.

Samsung is pushing hard into the health wearable market with a new chip able to measure data from body fat to skin temperature. The chip, tagged “Samsung Bio-Processor,” is already in production.

Watching your Smart TV? Expected. Your Smart TV watching you? Security experts are warning about the ways hackers could take hold of Smart TVs — using similar exploits as those now used to infect smartphones. While a Smart TV that records its own viewers would require a camera embedded in its technology, other hacks are certainly possible such as absconding with credit card details stored in the device.

Finally, if you can’t get your fill of zombies, the latest game release for Samsung Gear VR is a walking dead-like shoot-'em-up from game-maker Level 2 VR. Called “Deadhead,” the game, at $4.99, has a mini-preview on YouTube.