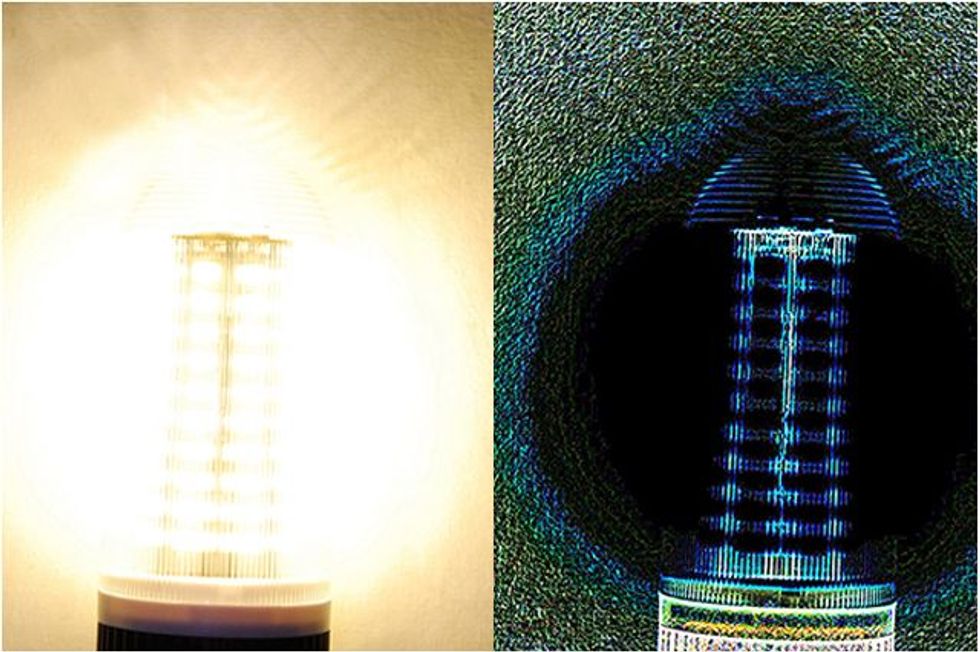 UCLA unveiled a new imaging algorithm that will allow computers to read details in objects previously difficult to detect by the human eye. (Like the inside of an LED lamp pictured above.) Researchers at UCLA imagine the program having biometric uses, such as face recognition programs. To speed that along, the university released the code for free Wednesday so others would continue to develop and use the technology.

As if consumers weren't paranoid enough—James Clapper, the U.S. director of national intelligence basically admitted that IoT devices are a boon to government spies. "In the future, intelligence services might use IoT for identification, surveillance, monitoring, location tracking, and targeting for recruiting, or to gain access to networks or user credentials," he testified in a 33-page document to the Senate Armed Services Committee this week. In short? You may not be the only one watching your home.

Smart lighting company BeON nabbed another $2.9 million in funding for its product that activates lamps (via a doorbell) when no one is home. The app also allows users to turn on lights as they head home, plus has emergency back-up options for power outages.

Smart home brand iDevices sold off its signature product–iGrill—to barbecue-master Weber without releasing the terms of its deal. The iGrill is a smart thermometer that lets you watch the temperature of your grilling meat from an Apple smart device. iDevices will now focus more on other Apple HomeKit products like its Switch and Socket.

Finally, Alcatel just made the ultimate recyclable package: The plastic box for its new OneTouch Idol 4S smartphone will be a Google Cardboard-like VR device, according to VentureBeat. While not an expensive VR viewer—the packaging is clever. The offering also mirrors what other brands, like Speck and its Pocket VR, are doing by linking cheap VR headsets to existing product lines.