Taking a breath of fresh air isn't as simple as it sounds. Pollutants, chemicals, allergens, smoke, and other nasty stuff is floating all around us, making a clean whiff hard to come by. The recent California wildfires, high-volume production plants, back-to-back highway traffic, and the like all contribute to less-than-pure air.

While we may never be able to stop the sources from creating such an unsatisfactory atmosphere, the makers behind Hexa, now campaigning on Kickstarter, have developed a "comprehensive super mask" to "remove pollutants, smoke, allergens and other harmful substances from the air you breathe, while keeping you cool and refreshed."

Ozone, smoke, exhaust. Who wants this crap entering their lungs? With Hexa strapped to your face, clean air is possible. Sure, you'll look like DC Comics' "Bane," but at least you won't choke from inhaling too many volatile organic compounds on the way to the office.

Like many of the newest gadgets designed today, Hexa is connected to a mobile app. This way, you can track the filth-level of air around you, get air pollution alerts, and keep tabs on your customized settings, all while looking like a muzzled dog who happens to have a smartphone.

Hexa claims 97 percent of air-borne particles will be removed from the air you breathe in as well as 82 percent of bacteria and viruses. How? The company says its device's proprietary filter with three layers of protection including military-grade nano-silver carbon fabric will have at the gunk before it reaches your nostrils. And twin turbo fans are to be put inside the mask too.

Just like your Dustbuster, you will have to swap out the filter every so often, but Hexa promises to be easy to clean. The company claims the mask is super-comfy and keeps you cool thanks to the honeycomb design which allows for airflow. And not that you won't already stand out from the crowd with his contraption on your face, you can further personalize your look by choosing one of five colors. How 'bout pink for pollution?

You may get unwanted stares or have a hard time placing your drive-thru order due to muffling, but at least you will breathe — they say — like a champ. Depending upon the Hexa bundle package purchased, price varies, starting at around $150. But don't forget, there's no guarantee you'll get this mask anytime soon — or ever, for that matter. You're just investing in what you think is a neat idea. If all goes well, we'll see Hexa make it's mark on our overly-polluted society. Just don't hold your breath. 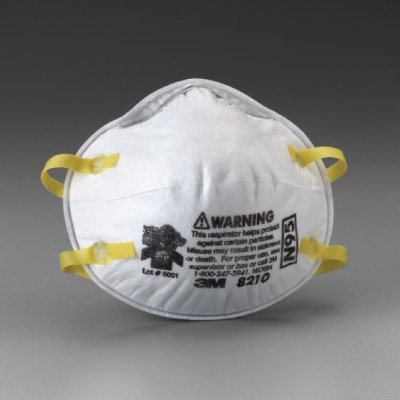