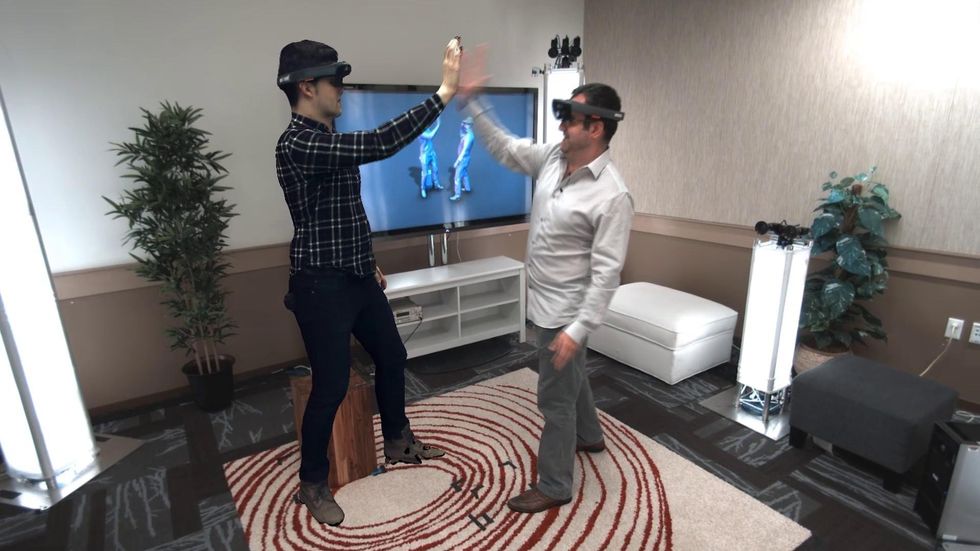 Beam Your Buddy Up With Hololens

Gear up on five IoT news bites to start your Monday.

Hololens Channels Star Wars. Hololens has coined a new word and technology: Holoportation—the ability to send 3D images of people through the device, in real-time. Yes, you can hear people talking to you as well. From the video on the Microsoft Research web site, the technology is far better than Princess Leia's grainy call for help to Obi-Wan. These projections are life size—and have a feel of a 3D phone call. How do you get your hands on the tech? Microsoft starts shipping what it calls its "development edition" of Hololens this week. What does that mean? To start, you technically need to be a developer, and have the ability to pay the $3,000 sticker price.

Amazon Hacks Its Own Echo. Hoping for an Amazon Echo but don't want to pony up the $180 the device costs? Amazon gets it—so much so that the company has even posted a way to build your own Echo over on GitHub web site. No, it's not plug and play. And yes, you'll need some familiarity with items like Raspberry Pis (which, conveniently, you can buy on Amazon). But if you have the interest—and time— the entire set-up may run about half the cost, if not less.

IoT Towns. Samsung and South Korean tech company SK Telecom are building an IoT town in the country 300 kilometers southeast of Seoul. SK will invest $76 million and Samsung will put up devices to get the town, Daegu, up to speed to then see how IoT can impact renewable energy, medical needs and smart cars.

Microsoft Issues Mea Culpa For Racist Tay. Tay, an AI program best known now for learning how to churn racist hate speech in one day, got more than a head shake from Microsoft. The tech giant issued an unusual apology for "unintended offensive and hurtful tweets from Tay," says Peter Lee, corporate vice president of Microsoft Research on the site. To be fair, Tay wasn't programmed to specifically state some of her choice statements. Instead Tay was being taught to interpret what it read—and then respond.

Apple Has To Re-release iOS 9.3. No, iPad 2 owners weren't wrong when they couldn't install Apple's latest iOS update last week. Apple's most recent version of its operating system was not installing properly. So Apple has had to create a new version just for iPad 2 users. Other Apple devices—including the iPhone 5S, for example—will also get new iOS releases in coming days.