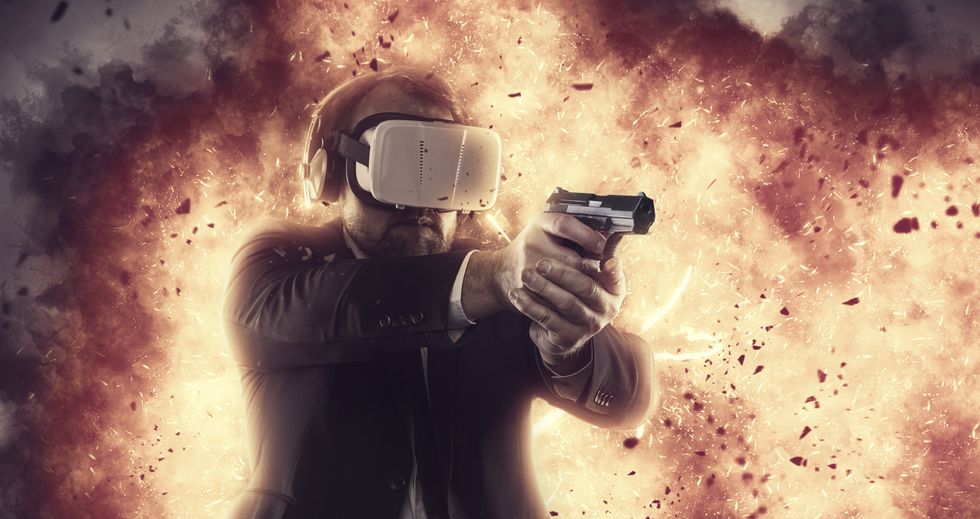 Who Doesn't Like Playing War Games In Virtual Reality?

HTC Vive VR Game HTC's first in-house game will be called First Defense, and as the title suggests, there will be guns, grenades and battles galore. The game will debut at Computex, an annual computer trade show held in Taipei, Taiwan, and scheduled for next week. The company is expected to show off other VR experiences including a highly-touted VR fitness app called Holodia which will place you in different surroundings from tropical to snowscapes while working on with the HTC Vive headset. Holodia is already available for pre-order now. (Via Android Central.)

IoT Patent Giant Qualcomm is leading the IoT field in the number of patents filed. To date, the tech company has 724 patents, and Intel is not far behind with 688. So says a new report, Internet of Things—2016: Patents and Perspectives, from LexInnova, a patent analytics firm. Microsoft and IBM appear towards the bottom, with 125 and 115 patents respectively. However universities, including Nanjing University in China, also appear in the Top 20 IoT global patent holders, with 75 patents.

Drone Snaps Tired of the negative take on drones, one student at the Rochester Institute of Technology decided to start his own PR campaign. Kitting an instant camera on to a DJI drone, the college student took instant photos from the drone dropping them on people below. The hope? That drones would be seen as less concerning. (Via Yahoo News.)

Intel Buys IoT Intel pushed further into the IoT marketplace with the purchase of Itseez, a computer vision company. The new acquisition will bring tech to Intel that will go into applications including digital security and other projects including, in particular, self-driving cars.

IoT Quiz Ever wondered what the Internet of Things really means? GearBrain has devised a quiz to help you better understand about our new connected world. Are you an expert? Answer our questions to find out.