Most devices will be available this spring in North America

Motorola, known for its wallet-friendly line of phones, is launching its next set, called Moto G7. There are four devices, each with a unique angle — one has more battery life, one is faster — but all within a price point that's far less than the four-figures smartphone owners have started to expect.

At the high end is Moto G7 plus, with a 16MP dual camera and photo tools aimed at creating better framed images that include features called Smart Composition and Auto-Smile capture. The phone, which has an all-day battery, can grab 12 hours of power in a quick 15 minutes charge. There's a 6.2" display with Full HD+ resolution, a Qualcomm Snapdragon 636 Mobile Platform, and Dolby Audio speakers.

The top of the line Moto g7 plus has a 6.2" display with Full HD+ resolutionStewart Wolpin

If an all-day battery is not enough? The Moto G7 power has a 5000 mAh battery, which supports 60 hours of usage on a single charge, said Motorola. There's the same size HD+ display and TurboPower charging, but the G7 power features the Snapdragon 632 Mobile Platform.

Next is the Moto G7 which also has the same screen as its the rest of its family, and the 12MP dual camera system as well. This phone is designed with Gorilla Glass, and also features the Snapdragon 632 Mobile Platform, rather than the 636 in the G7 plus.

The Moto G7 play is the entry point smartphone for Motorola in this new family, with 5.7" HD+ display, a 13 MP rear camera and a Snapdragon 632 Mobile Platform.

Each phone features new navigational tools, ships with Android 9, and includes updated versions of Motorola's Three Finger Screenshot skill so photos can be edited right after an image is captured.

All four phones launch first in Brazil and Mexico. But Motorola only announced plans to make the Moto G7, G7 power and G7 play available in North America. Unlocked versions of all three phones will be available this spring, said Motorola, at Best Buy, B&H Photo, Walmart and on Amazon.com. The G7 power priced at $249, the G7 at $299 and the G7 play at $199. 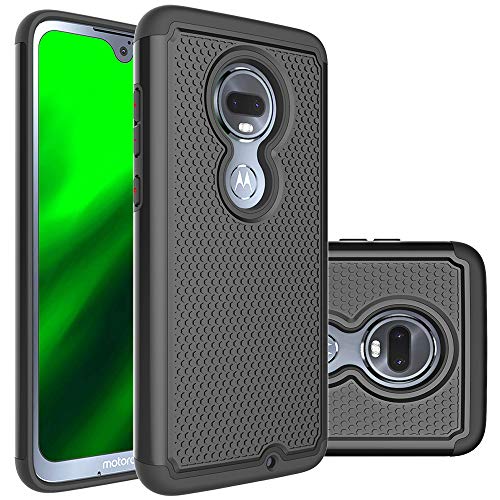