AMPED Bluetooth Neckband's wireless connection give you a taste of freedom from wires, and background chatter 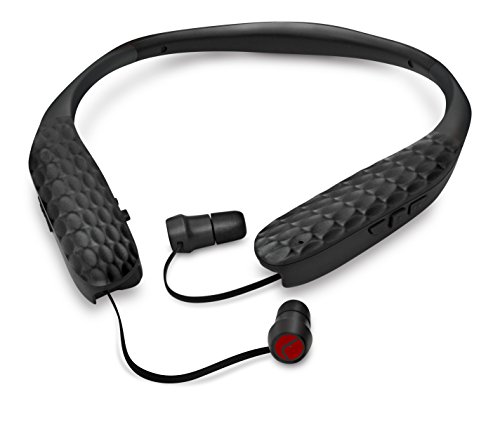 Cons: Slightly expensive, instructions had to be found online

The trend in ear buds is moving towards smaller—tiny slips of technology you can place in your ear canal. Unseen. But—as we're seeing with Apple's yet-to-ship Air Buds—packing the tech needed for smaller tech tools is a tricky endeavor. Sometimes, larger just works better.

With the AMPED Bluetooth Neckband, that may be the case. The earphones launched this fall, and are of a style that fit like a band around your neck. The earbuds themselves are actually linked by wire to the band, much like the current earphones you probably use now. When GearBrain was offered a pair to test, we decided to give them a whirl.

The $199 device comes with a lot of moving parts. These aren't one-box, plug in, you're out the door headphones Primarily they're designed to work at home. Their focus in on wirelessly bringing you sound from an entertainment system like your TV, or even your phone or tablet, allowing you to shut out the peripheral sound while you focus on the content you're viewing.

To do this, you need to spend some time prepping your home and devices. Pour a cup of coffee.

You start with the wireless audio streamer, a small, thin rectangular slab that plugs into an electrical source. This will serve as the Bluetooth hub—sending signal from your chosen device to your headset. If you want to link to your TV, you'll want to place this close to the television set, because you'll need to plug RCA cables from the adapter to the audio outputs in the back of your TV or the audio device you want to use.

Linking to your smartphone or an iPad? This requires fewer cables and a faster set-up. Once you have the plugged-in, you'll open your smartphone or tablet, open Bluetooth and search for the device. On my iPhone it showed up as "Lucid Audio NHE". Pairing with that, you can now hear sound from the smartphone in your wireless neckband.

What I particularly loved was the ability to see calls coming into my phone, and throwing them to the headset. The sound was absolutely clear, and I could truly notice a difference between sound quality of the AMPED neckband and the regular white earphones I normally use. How so? The ambient noise was lessened dramatically.

Over the years, I've tried so-called noise-canceling earphones, and found them to be somewhat effective in honing in on the sounds from the music, phone call or movie I am watching at the time. There's almost a vacuum of sound, which to me is, in and of itself, a sound.

With the AMPED Neckband, that soundless quality was nearly absent. I could focus on the phone call or song, without being distinctly aware that other noises were silenced. AMPED also allows users to adjust how much of the background noise you want to reduce from buttons on the side of the neckband.

For me, the biggest adjustment was using headphones that actually sat on my neck. What did I like? I like that they didn't routinely fall out as my normal earphones do—at every turn of the head. That said, the AMPED earbuds were almost sized a bit too large for me, and took some adjusting to fit snuggly. I also wasn't charmed by the neck-style device. I haven't used one before, so over time I suspect I would have been able to get more used to them.

I did like that they allowed me to toggle seamlessly between entertainment and phone calls. And seated in my home, the neck-style was less of an issue for me. By far the best element was the wireless connection with my phone. Although the phone call sound wasn't exactly as strong as amy regular wired earphones, I found a freedom of not having wires catching on my coat buttons, or on a chair or on whatever object they invariably pull on during my work day.

With Apple continuing to delay its wireless ear buds, AMPED Wireless Neckbands may be an option to consider instead—and certainly one that might be perfect for those don't live alone, and want to make sure they can enjoy the latest episode of "Westworld" without, say, a roommate's juicer whirling in the background. 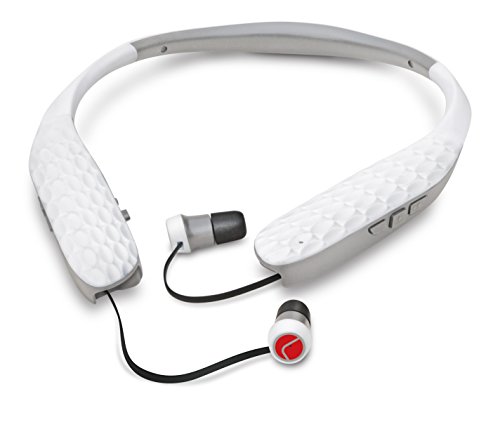