The VR Park V3 is a popular brand, but is it really the best VR viewer? 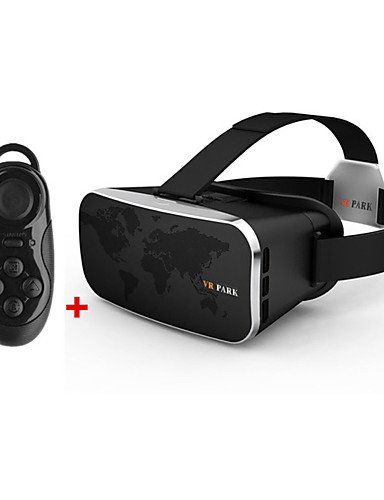 Cons: Awkward to use, does not have a built-in control button, will not fit over glasses.

I typically review two kinds of virtual reality headsets: The kind that I think are really cool, and the kind that a lot of people ask me if I think it's a good one to try. The VR Park V3 headset fits in the latter category.

Readers have been asking me about this headset for over a year now, and I finally got one to test. I wasn't impressed.

Although the $16.99 VR Park V3 is the third generation of headsets for the company, the headset feels like a bulky, first-generation viewer. Why? The device is annoying to use, has a small field of view, and is lacking in key features I've come to expect in VR headsets.

The biggest problem with this headset—and the first thing I look for when trying out any set—is how easy it is to put a smartphone inside. Do I have to take off the protective cover on my phone? Do I need to locate the instructions online? Do I have to watch a YouTube video showing me how to do work the device?

VR Park VR with a smartphone snapped inside it.Maria Korolov

Latch on, latch off

My favorite headsets have a mechanism that's simple, obvious, and with a minimum of moving parts that can break or scratch the phone. With most late-model headsets, you simply open the outside cover, drop in your phone, and close it up again.

The reason it's important to have a simple mechanism is that with the Cardboard-compatible headsets, like the VR Park V3, your phone doesn't know that it's inside a VR headset. Your phone is operating as if it's inside a protective case, and not communicating with the device at all. So if you want to switch apps—or queue up a new 360-degree video—you have to take the phone out of the headset, navigate out of the app's virtual reality mode, load up the new app or video, go back into virtual reality mode, and put the phone back in the headset.

If getting the phone in and out is a challenge, then you won't want to use the viewer a lot.

VR Park VR with the front cover off. Your phone goes under that latch in the center.Maria Korolov

The VR Park V3 has a mechanism to hold the phone that I have never seen on any other headset. The outside cover is held in place with a simple and effective magnetic latch. Then there's a separate, mechanical latch on the inside that you have to open by pressing a lever. And it's a tight fit with your smartphone inside.

I have a pretty skinny silicone case over my phone, and it barely squeezed inside the headset. Someone with a thicker phone or case will certainly have problems. Putting your smartphone inside the headset is definitely a two-hands operation, and you will need to take the headset off your head in order to get the phone in and out. Not fun.

Close up of the VR Park V3 latch.Maria Korolov

The outside cover also has a removable face plate. This is useful if you're using augmented reality apps, and the phone's camera needs to be able to see out. But after I took the faceplate off, putting it back in again was tricky. In fact, my phone never fit tightly in place again. I find headsets that have cut-outs in the outside cover, or make the cover out of clear plastic, a better option.

Another usability issue with the VR Park V3 is that the padding around the lenses is pretty narrow, so the headset doesn't fit over my glasses. It does have both focus adjustment and interpupillary distance adjustment. So if your eyesight is reasonable, this may not be an issue. But for some people who have to wear glasses all the time, the VR Park V3 may pose a problem.

The next big usability issue with the VR Park V3 is the lack of a built-in button. Yes, the headset did come with a remote controller, but those things are a pain to pair up, they are lost easily, and don't work at all with iPhones. Many headsets have built-in buttons, including the Mattel View-Master VR, so there's really no reason for a manufacturer not to include this feature.

The VR Park V3 has one of the smaller field of views I've tried. I used the Sites in VR app to measure the field of view, and, with their measurements, the headset came out as being in the general neighborhood of the Mattel View-Master—which is a children's toy. The headset also compared to such bottom-of-the-barrel, early-generation headsets as the Shinecon and the VR Box.

My recommendation? Skip this one.

If you do buy it, or have already bought one, then there's one thing you're going to need that doesn't come with the headset: the Google Cardboard calibration code. I was able to find an unofficial one online, and here it is: 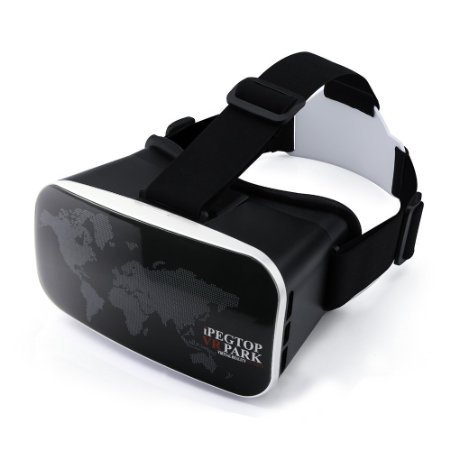