Reports say to get the device out on time, Samsung decided not to push for the front sensor in the next Note.

Samsung shift Samsung's plan to get the Note 8 smartphone out for release this year will not include a fingerprint sensor embedded in the display. The device is expected by the end of this summer. But to make that deadline, Samsung is reportedly pulling plans to have the smartphone include a fingerprint reader that can pick up scans across its screen.

The Korean web portal and news site, Naver, (reported initially by 9to5Google) says a Samsung officials saying security played a main role in the decision—and that instead, the sensor will be on the back of the device. Apple is said to be working on a fingerprint scanner in the display screen of the rumored iPhone 8. But since the company has yet to even confirm that a new iPhone is in the works, those details have not been confirmed.

Unlocking any smartphone with a fingerprint can sometimes be a frustrating experience (Apple, we're talking to you) requiring often multiple tries before the device opens. A way to unlock a gadget more smoothly, easily—and of course, securely—would be a win.

Cold storage Amazon is pulling the plug on its previous unlimited cloud storage option for $60 a month/$12 for unlimited photos. Instead Amazon has created two new tiers: 1TB for the same price or 100 GB for $11.99 a month. You can stay on your current agreement until it runs out—and of course Amazon Prime members have the sweet deal of unlimited photo storage free of charge. For those who choose to ignore the changes, take note: Amazon will start deleting your data until your storage hits the level you're allowed. Just a warning.

Point and zoom Nexia HD, is the company's latest smart security camera that has improved optics and better storage. The device does require a monthly fee, but the indoor camera is high-end and a potential option for those looking to put some eyes in the house. Our review tells you more. 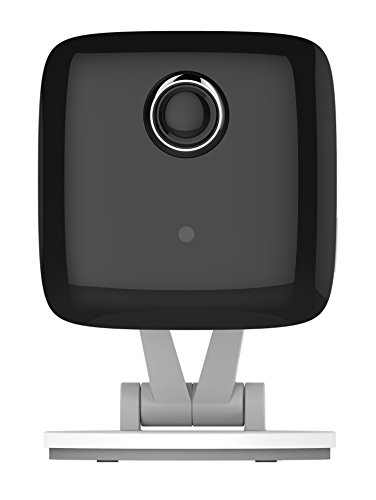