Tesla Radar Tesla has issued a preview of Autopilot 8.0, set to go live in the next two weeks. One of the most interesting changes to the self-driving software? The use now of onboard radar as the main way Tesla cars will be able to read its environment. Radar has been part of Tesla's system—but not as the primary method. Now, changes to the way radar is integrated and woven into the car's system will help prevent even more collisions—or at the least reduce the likelihood of "serious injuries to the vehicle occupants," says Telsa in its release.

Did Apple Can Its Self-Driving Project? Layoffs reported from Apple's self-driving car project has led some to believe that Apple may be shifting from building a car, to developing the software behind an autonomous vehicle. While its odd to think of Apple stepping away from developing the next hardware for the future, Fortune.com believes a navigation tool—rather than an actual vehicle—may be what Apple is focusing on now instead.

More Bans For Note 7 Another airline has placed a ban, albeit temporarily, on the Samsung Galaxy Note 7. Etihad has joined other airlines including Qantas and Virgin Australia in preventing owners of the Samsung smartphone from coming on to their planes because of batteries exploding in these devices. Samsung itself is encouraging users to turn in the Galaxy Note 7 if they own one for a replacement or refund. Other airlines are also looking to see if they will issue bans. (Via Arab News)

See-Through Cover Those researchers at the Massachusetts Institute of Technology have come up with a way to read through sheets of paper—without lifting them up. The tool is a prototype that one day may be able to read text in a book, without lifting its cover. Unsurprisingly, museums and collections with antique and rare tomes are interested. But so too may students—at least those who may want to brag one day that they learned their lessons without every cracking open a book.

The Best $10 VR Headset HTC Vive not in your budget? How about $10. We have a complete breakdown of the Cobra VR and how it stacks up against other low-cost headsets. Should you buy it? Decide after reading our review. 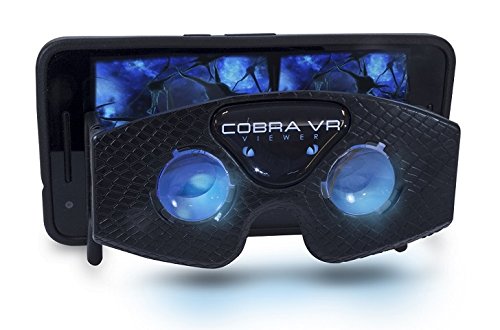