Valve may have tried to do too many things at once

Valve recently pulled the link for the Steam Machine from the hardware side of its Steam web site, appearing to end its competitor to the Xbox One and PS4. Valve admitted it had sold slightly more than 500,000 units in its first six months — making it clear the Steam Machine never really took off with gamers. 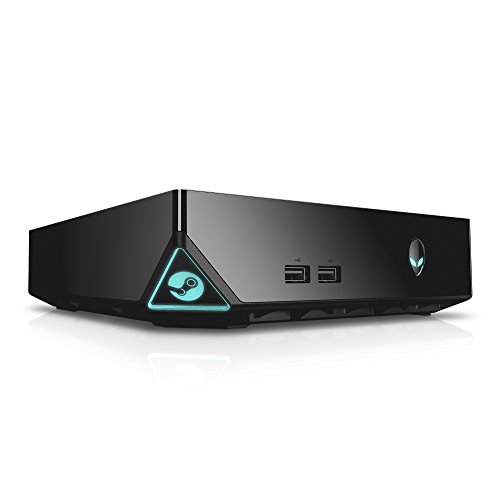 Valve, however, is hardly a stranger to the gaming world. The company was built on groundbreaking first person shooters like "Half-Life"and "Counter-Strike," titles that redefined the world of video games in the late 90s. Following the release of their digital distribution platform Steam in 2003, Valve became the biggest name in PC gaming. Now, though they're constantly developing their own games, the tech giant also acts as a middle man, ultimately controlling the platform in which the newest and most innovative games are discovered. Without Steam, there is no "PlayerUnknown's Battleground"or "Rocket League."

Still, despite all of Valve's success, the rise of consoles like the Xbox 360 andPlaystation 3 created a source of competition.These consoles, much like their predecessors, tended to be cheaper than gaming PCs, sacrificing graphics and modding capabilities in exchange for compatibility. While online play wasn't free, and the games tend to be a little bit more expensive, consoles were built to last, and were designed for one thing and one thing only, gaming. The price point associated with a good PC gaming rig (gaming PCs can cost anywhere between $700 and $5,000) created a market for console manufacturers.

Steam Machine competes with machines like PS4 and Xbox OneiStock

Steam paid attention, and feeling that their PC gaming monopoly was being encroached upon, Valve decided to act. Valve's president Gabe Newell had been touting the value of the open-source operating system Linux for some time. In 2012, Valve decided to design its own open-source, Linux-based, system called SteamOS, and with it a new generation of prefabricated gaming computers that could simultaneously compete with Windows PCs and standard gaming consoles like Xbox and Playstation. They called their new product the "Steam Machine," and released it in late 2015.

With Valve removing the Steam Machine link from its website, though, the company's most ambitious project looks like it's been dealt a deathblow. Maybe, however, the Steam Machine never had a chance to thrive — and part of this was due to timing.

The Steam Machine was released two years after its competitors, right in the middle of a console generation. Consoles, unlike computers, aren't in constant need of updating, and people tend to stick with the console they purchase for a long time. For example, the Xbox 360 was technologically relevant for over eight years, an eon in computer time. This isn't to mention that console-friendly games, such as "Halo," "Call of Duty," and "EA Sports"entire catalog weren't readily available on SteamOS, putting the Steam Machineat a huge disadvantage.

Valve is one of the biggest names in PC gamingiStock

On top of this, there were various types of Steam Machinesdeveloped, all with different processing speeds and graphics cards, the cheapest versions costing around $500 and the most expensive costing upwards of $5,000. For those prices, a shopper could buy both an Xbox Oneand a PS4 and still have enough left over for a $4,000 shopping spree at GameStop.

The Steam Machine's success was predicated on the idea that game developers would be champing at the bit to develop new games for SteamOS. But ultimately, the Steam Machine, like the Steam controller, tried to be too many things at once. Sometimes it's best to stay in your lane.

Xbox One S 500GB Console
List Price: $279.99
New From: $219.99in Stock
Used From: $189.99in Stock
Related Articles Around the Web
pc gamingvalvesteam machinegamesrocket leagueplaystation
Like GearBrain on Facebook
GearBrain Editorial Team
The Conversation (0)